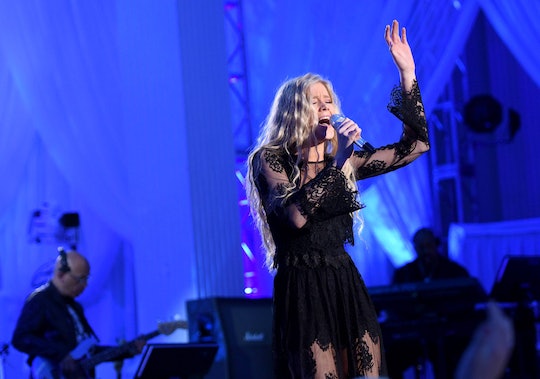 American Idol has rocked livings rooms since 2002, and the most enticing element of the show for most of its viewers has been the ability for them to help choose who wins. At least, that's been true for the past 14 seasons. Yes, you read right. This week several outlets reported that American Idol had canceled viewer voting for the farewell season finals — and people are sort of pissed, to say the least.

Here's what the means: In this final season, the judges, rather than the viewers, will be cutting the contestant pool from 24 down to 14. Yes, this year, judges Harry Connick Jr., Kieth Urban, and Jennifer Lopez are at the helm and making the final call over who stays in the top 14 and who goes home.

That's sort of depressing, since the show has been built on the concept of allowing regular ol' people to playing a role in finding the next superstar. This last Idol, season, is, of course abbreviated, so perhaps the network is simply pushing the process through faster by giving the judges a larger role in choosing talent. But I mean, think about it, a lot of American Idol fans take their voting responsibilities seriously, and for now, for lack of a better word, they are being fired in the essence of time.

Let's face it. The show is taking the voting power away from viewers for a large run of the show, which basically goes against their business model. Instead, this is the basic rundown for this season: Viewers will be privy to two pre-taped performances on Feb. 10 and 17, which means 12 contestants will be singing for the judges each night. Then, the two results shows will be on Feb. 11 and 18, which will cut the pool down to the Top 14. The group will be narrowed down again to the Top 10 during the Feb. 24 and Feb. 25 episodes.

That said, American Idol is throwing loyal fans a few bones. Viewers will be able to help the judges choose a few wildcards (which is usually the job of the judges) to nail down the Top 10 that late February week. And though the network is attempting to include its fans in at least some of the process, Idol Nation didn't respond well to this announcement from American Idol Season 15 hosts Wednesday.

Many people take voting for American Idol as seriously (or more seriously) than voting for the next President of the United States. (Make of that what you will.) Consider these stats, for example: According to the Bipartisian Policy Center, 126 million voters made it out to the polls to vote in the presidential election in 2012. On the other hand, an estimated 132 million people voted in the 2012 season of American Idol. This year, that voting power to crown the next Idol superstar will be very much diminished.

So don't worry too much, Idol Fans, you'll still get your moment of fame, you'll just have to wait a few weeks. The competition will only air one night a week starting March 3, running through the April 5-7 series finale week — that's when loyal Idol fans will get their one last chance to vote for who they think deserves to be the very last American Idol to cap off the line of stars Kelly Clarkson started in 2002. In the meantime, you just have to hope that this year's judges think your favorite is worth a shot.