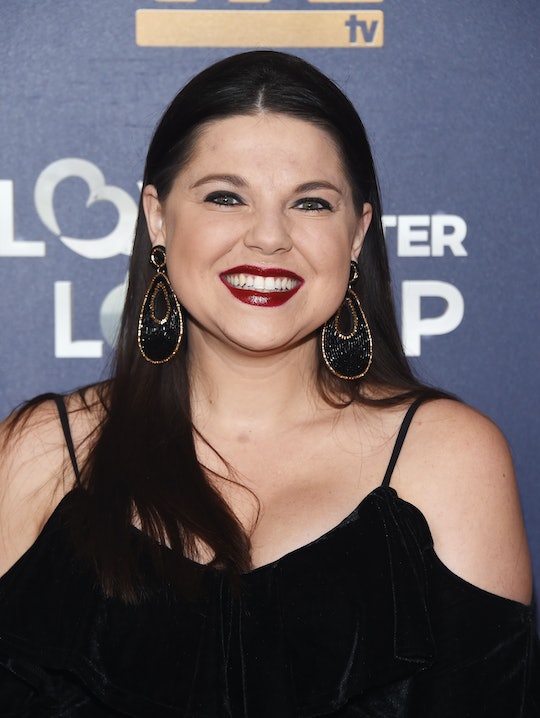 I don't know about you but sometimes I hear the last name Duggar and I make my mind up before getting all the facts. I decide that the Duggar in question is going to be very focused on gender norms like "boys play with this, girls play with that," kind of thing. Which is pretty unfair of me as it turns out that one of the Duggars in particular is keeping an open mind about the baby she is expecting. If a recent Instagram post is to be believed, Amy Duggar isn't going to enforce gender norms on her little boy and it's rather a refreshing change.

Amy Duggar King, who is cousins with the famous Duggar family from TLC's Counting On, is expecting her first baby with husband Dillon King this coming October. In June the couple announced that they were expecting a boy, and it seemed at the time as though the 3130 clothing store owner was going to go full gender normative with her son when she told People, "I’ve always wanted to be a boy mom! Dillon builds lifted trucks, so I can just imagine how suped-up the Power Wheels will be. We just can’t wait for this little ball of energy to arrive! He’s already named, so let all the embroidery begin. I am so obsessed with baby bath robes!”

An Instagram post from the expectant mom on Friday appeared to confirm Amy's vision of a "boy mom" when she shared a photo of herself in overalls and a baseball cap.

Amy wrote in the caption:

Just embracing my cool boy mom style! I can handle dirt, fishing, hunting, I love the outdoors and camping and canoeing and little critters! But I swear if my son ever brings me a snake or picks up a rat I will lose it!!

As someone who is a mom to four boys, I tend to balk at these sort of cliched generalizations. Fortunately Amy Duggar redeemed herself when one of her fans wrote on her Instagram page, "“Amy, what if your son wants to dress up or play with dolls? Is that OK too?”

We will love our child no matter what!

Clearly Amy King is the cool Duggar cousin. Her uncle Jim Bob Duggar and his wife Michelle have raised their children with a very black-and-white concept of gender roles in their family and are apparently quite proud of that fact. The women of the family have very strict expectations about how to dress over the years and spoiler alert, it's all about modesty, while the boys are expected to be the men of the house. I can happily say it looks as though Amy and Dillon King seem to be going a different route with their own little boy, who they recently announced will be named Daxton Ryan when he arrives in October.

Every parent obviously needs to find their own way, but I think it's also true that every child needs to be given the room to grow into the person they are meant to be. Without restrictive gender bias holding them back.