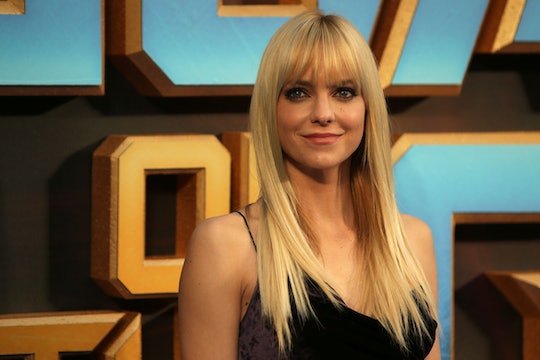 On Tuesday, actress Anna Faris' new memoir was released to the world, and with it came some pretty honest revelations. In Unqualified, Faris wrote about rumors that Pratt cheated on her with actress Jennifer Lawrence, and what she said shouldn't be all that surprising. No, the rumors weren't true — but they did have an impact on Faris and her marriage, and Faris' story should serve as a reminder that when we pit women against each other (even in tabloids), it has a real effect on real people's lives.

Even before Pratt and Lawrence began filming Passengers, Faris wrote, her publicist pulled her aside to warn her that the rumor mill would probably be in full effect. According to Radar Online, Faris wrote about what her publicist said:

'Anna, listen, there are going to be paparazzi all over them,' she said. 'There are going to be shots of them laughing together on their way to set. There are going to be stories circulating, and you have to brace yourself for this.' I didn't think it would bother me. I've been in this business a while now and I had seen Chris star alongside other beautiful women, like Aubrey Plaza and Bryce Dallas Howard.

But the rumors did come, as did the headlines and cover pictures and comments on social media.

As Faris went on to explain in her memoir, the rumors stung. She knew the gossip wasn't true, but her marriage of eight years was being questioned on a daily basis. She and Pratt share a 5-year-old son. Strangers online were taking camaraderie between two charming actors — both in relationships, I should add — and painting it as if Lawrence was enamoring Pratt.

"I didn't want to pay attention to the stories but I couldn't block them all out, either," Faris wrote in Unqualified. "I'd always taken pride in our relationship, and the coverage, even though it was just false rumors, was making me feel insecure."

Even Lawrence — who once described Faris and Pratt's relationship to Glamour as "a Nicholas Sparks novel" before the couple split — apologized to Faris about what was happening, according to Faris. "Jennifer and I really are friendly, and she was apologetic even though she didn’t need to be, because she hadn’t done anything wrong," Faris wrote. "But of course it’s hurtful and also embarrassing when people are saying your husband is cheating on you – even if it’s patently untrue."

Because, of course, everyone has insecurities. As Faris put it, it's never going to be easy to watch your partner act in a movie with a younger actress while you star in an "unsexy" TV show about motherhood. That's entirely understandable, and a completely natural feeling.

But what isn't natural — or at least, shouldn't be — is having to deal with a barrage of commentary from strangers online who mine into those human insecurities for clicks online. Relationships are weird little beasts, and despite the surety with which tabloids scream their dramatic headlines, there are really only two people in a relationship who know the inner workings of it.

Unless someone is coming forward to speak up, the world needs to stop fueling sexist rumors that pit women against each other. Similar rumors made it seem like Jennifer Aniston was yelling from the rooftops when Brad Pitt and Angelina Jolie split up, and we have to stop pretending that these stories don't have real, tangible effects on women.

We've already been told, our entire lives, that we need to be younger, more beautiful, more thin, more perfect — not only than our current versions of ourselves, but than other women. And when a flurry of strangers are happy to feed that narrative, we reinforce women's insecurities and pit them against one another. It hurts the women in those narratives and the girls who grow up watching that media frenzy feed play out.

Kudos to Faris for speaking up about the real hurt those false stories cause — and helping the world see the pain we feed when we tune into those rumors.