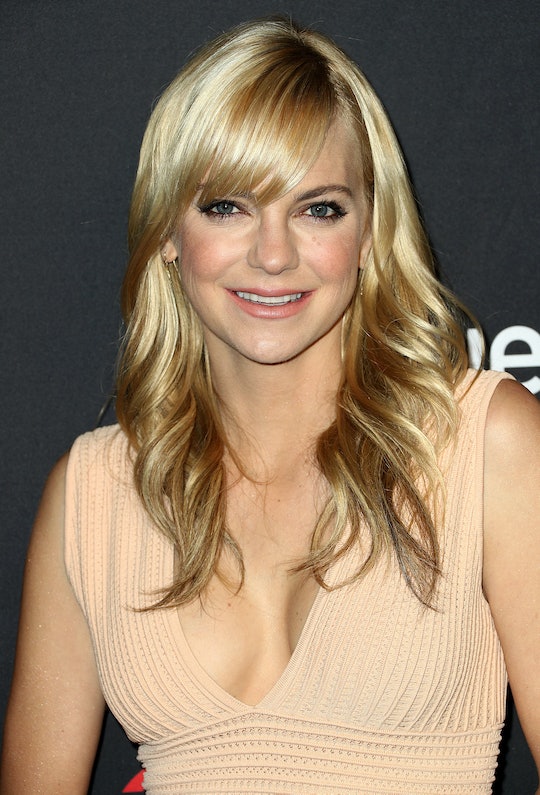 Anna Faris Wants You To Start Cooking For Yourself, & Not Just Your Kids — EXCLUSIVE

Almost every parent can relate to the following scenario: you're exhausted and starving, but more concerned with getting something in your child's stomach than stifling the rumbling in your own. So you make a bland mac and cheese dish, or something similar, and scrape whatever leftovers your child leaves behind into your mouth. Even successful movie stars have been there and haphazardly done that, which is why Anna Faris wants parents to start cooking for themselves. As kids across the country head back to school, and their parents attempt to rearrange their schedules to find a few hours for some one-on-one time with their tiny scholars, spending some quality time in the kitchen is beneficial in more ways than one.

Faris's 6-year-old son, Jack, just started kindergarten a few weeks ago, so Faris is knee-deep in the back-to-school shuffle. "I will say I'm trying to get used to the morning scramble," she tells Romper via phone. "And [Jack] is distracted all the time. I'm sure every parent can relate to trying to get ready for work and trying to get your kid to move." Faris admits that she's pretty hit or miss on the whole brushing of the teeth thing, too. "It's a good day if that gets accomplished. On his end, not mine. I always make sure to brush my teeth."

Through laughter and light joking it's clear that Faris has no qualms about prioritizing her needs, especially when it comes to cooking. "Cooking together as a family was such an important part of my childhood," she says. "My mom's a great cook and that's really how we bonded." And because it can often be difficult to find activities that both a parent and a child are mutually invested in (I mean, you can only play Legos or read that one Dr. Seuss book so many times before your brain starts to seize), prioritizing cooking has provided Faris with an opportunity to bond with her son, Jack, too, and in a way that's mutually beneficial and enjoyable for everyone involved.

"[Cooking] gives you a chance to talk and learn and create something," she says. "When Jack and I cook together he'll try things that he wouldn't normally have tried. He loves it." Faris's mom even purchased Jack a little child's safety chef knife, which he enthusiastically uses along with his apron, a step stool, and a chef's hat. By prioritizing an important part of Faris's childhood and life, she has not only instilled a love of cooking in her son, but has set the stage for the two of them to have meaningful, organic conversations; something Faris doesn't take for granted. "[Cooking] has always been an important part of my life, and it's one way for us to have quality time together since we're all so busy."

That need — to spend quality time together as a family — is one Faris believes exists in every child. That's why Faris teamed up with Uncle Ben's to surprise students at one of 12 participating schools that decided to give their students a break from homework for an entire week in order to cook dinner with their families as part of their Homework Pass Challenge. "The kids were so excited," Faris says. "I thought they would be excited, but they went above and beyond. Which I think is a great indication that it's not just that they're getting out of homework, but that they're really excited to spend time with their family doing and creating something."

Faris was overjoyed to create some homemade curry with Jack recently, using Uncle Ben's Basmati Rice. "I love curry," she says, "but Jack was hesitant because it includes spices he hasn't really tried before. But because he was involved in the [cooking process], he tried it." Of course, Faris had to improvise and says she didn't make the curry spicy, admitting there was "a lot of cream involved." But it was the process of cooking itself, and trying something new in the process, that gave Faris and her son some memorable one-on-one time. For Faris, that's important, not just because it allows her to teach her son an essential life skill, but because it's a great way for her to practice some self-care.

"Cooking physically relaxes me," Faris says. "And Jack, too. And it's a less forced way of inviting conversation." Faris knows her son grows tired of people asking him what happens at school — she says when she asks him to tell her how many times he has to field that question, he responds, "Ugh, eight times this week!" — but when they're cooking Jack will open up and tell her about his day.

So while back-to-school is notoriously stressful, and very few parents consider dinnertime to be a relaxing part of their usually busy days, Faris is urging parents to use cooking as a way to not only focus on themselves, but create some organic bonding time with their children. By putting yourself and your needs first, especially in the kitchen, you're showing your child that creating something new and delicious can be fun for the entire family.