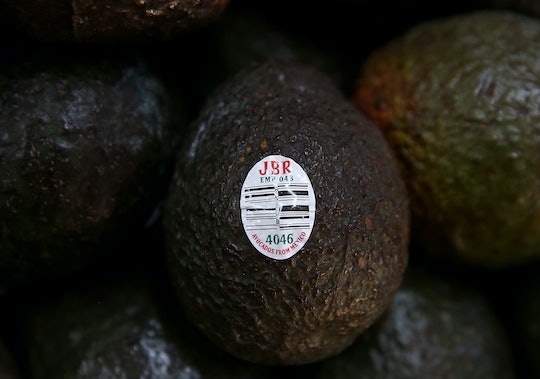 There was a time when I really liked avocado. When I ate guacamole and chips like it was no big deal. That was before, of course. Before avocados became avocados, and the consumption of this once-delicious treat was like an entrée into a secret club I was in no way prepared to join. The club of hipsters, who took the simple avocado and turned it into a replacement for basically everything. Some say these crafty hipsters are even serving up hot beverages inside avocados these days. A few skeptics don't believe these so-called avolattes are real, but I know a few hipsters. And honestly, I put nothing past them.

According to Cosmopolitan, a cafe in Australia has started serving up warm beverages in the hollowed out husk of an avocado. The Truman Cafe in Melbourne — a vegetarian/vegan restaurant — is reportedly the culprit behind the unique avolatte. Apparently, they like to serve up a perfectly yummy latte inside something they were meant to throw into the compost bin like a bunch of earth-friendly hooligans. I don't know what makes me scratch my head more about this — the fact that avocados have somehow taken over yet another food and beverage domain or the name the good folks at the Truman Cafe use for the avocado husk: the "vegan cup."

Here is an Instagram video of an avolatte being born, just so you know I'm not making this up:

Whether the avolatte takes off in the U.S. remains to be seen. Judging by much of the response on the internet, decider of all things, it could really go either way at this point. Some are ready to embrace all questionable trends from 2017, and the two that seem to be going together are lattes served in avocados and rompers for men. Will wonders never cease?

Others were less than excited about avolattes.

So I guess I can see both sides of the dreaded avolatte coin (wait — please no one make coins out of avocados. That was just a saying). Using an avocado for a cup is good for the environment. Avocados are good for you, so it's not like anyone is looking to serve coffee in a hollowed out burger or anything. But here's the thing: Avocados are already used for so many things. People use avocado in their morning green smoothie, to make chocolate pudding and pretend you can't taste the avocado but you totally can. They use it in their hair and on their skin.

Maybe it's time we give another fruit a try. Remember bananas, guys? Those things are pretty tasty... but don't try to serve coffee in the peel, OK?