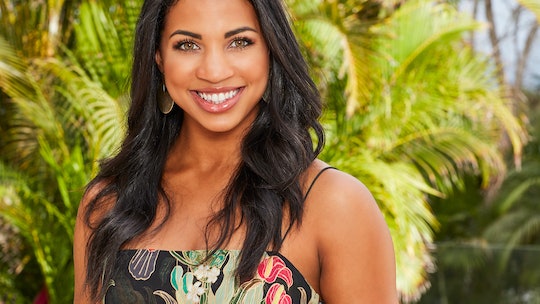 When it comes to Bachelor Nation couples you never saw coming, Bachelor in Paradise always delivers. As the ABC reality series continues to progress through Season 6, fans have been introduced to unlikely pairs like John Paul Jones and Tayshia Adams as well as Nicole Lopez-Alvar and Clay Harbor. However, fans were shocked to see sparks fly between Chris Bukowski and Katie Morton. So naturally, as the couple becomes more established, viewers have been wondering if Chris and Katie are still together. Bachelor in Paradise is a wild ride, so anything could happen in the next few weeks.

As of now, it's too early to tell if Chris and Katie are dating — much less engaged — after BiP. The ABC show is only a few episodes in, and fans will have to hold on a little longer to see the couple's story unfold. Even so, the hazel-eyed beauty and six-time Bachelor Nation contestant seem to have a strong beginning. After Katie broke down in tears during a heartbreaking conversation with fan-favorite Wills Reid, Chris rushed to her side. "Katie had a look on her face of sadness. I see it in her eyes," Chris said in a confessional. "It was sad for me to see."

When Chris pulled Katie aside, she opened up about her guilt associated with turning Wills down. Chris then gave an incredibly mature and supportive response. "I've been on both sides of this before," he told Katie. "And I respect you, I respect your emotions. I respect everything about you. I can see that you're upset and it's tough."

Chris also ensured Katie he was there for her. "Listen, I'm here and this is where I want to be. I want to be here with you," he said. "My favorite part of the day is always talking with you. Honestly, our conversations are effortless and it's easy for me to be open with you. I'm not here to waste my time or anyone's time."

Following the conversation, Paradise caught up with Katie, who was clearly smitten by the Bachelor Nation veteran. "Chris is phenomenal. I don't know how he made it that far without being snatched up, because Chris rocks," Katie said in a confessional. "Chris makes me feel secure. Chris makes me feel calm. I feel connected with Chris, and I couldn't be happier right now. If things keep progressing, I could see myself falling for Chris."

Not going to lie, this looks like the start of something new. And although it's still too early to tell, there's a chance Katie and Chris get engaged in Mexico — or at the very least, make it far in the Paradise. ABC teased Katie would go to the fantasy suites in the BiP trailer released on Twitter.

"The Fantasy Suite awaits," Katie reads from a date card. Meanwhile, in the BiP preview on YouTube, the reality star adds, "I know I'm falling in love with you, too."

It also seems Chris gets serious about someone this season. "This is the moment I've been waiting for my whole life," he says in a sound bite as clips of engagement rings flash by.

Of course, all of this is highly speculative at this point, and both Chris and Katie could be talking about different people in the trailer. But, given their strong start, fans are hoping this relationship will last after the cameras stop rolling. So stay tuned, because it's all about to go down in Paradise — whether you like it or not.