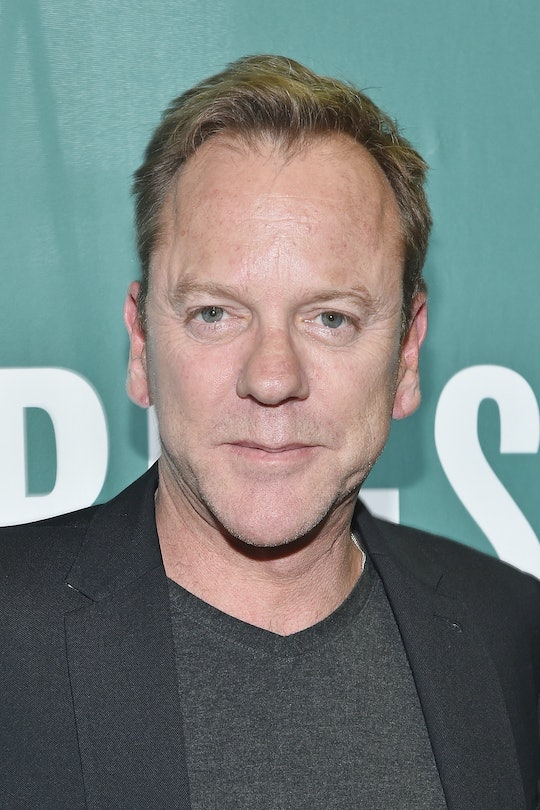 What if every high-ranking member of the U.S. Government, including the President, dies in some awful and massive attack? Who would run the government and lead the country in such an event? The new ABC show Designated Survivor explores just that, but are designated survivors real? Although the plot to the seemingly fast-paced political drama seems like something born out of the genius minds of ABC producers, designated survivors are actually a thing in the U.S. Of course that just makes the show all the more chilling to think about, given the notion that there is a fail safe of a named official in place in Washington, should something happen to not only the president, but the vice president and so on, until all of the highest ranking government officials are gone.

So how does the designated survivor work exactly? Even though something tells me that Kiefer Sutherland hanging out in jeans and a sweatshirt while eating popcorn with his wife isn't exactly how the gig works, by all accounts, that's kind of accurate. According to former designated survivors of the U.S. government, who worked as secretaries in various departments, the designated survivor is indeed meant to be holed up in an undisclosed location with the Secret Service nearby while the president delivers his or her State of the Union address on TV.

While this is a gig that is of most importance during the State of the Union address only, it's one that the designated survivor is briefed on, given the details that would follow, should a catastrophic event occur and actually make them the next president, and they're shown where they'll stay in safety and secrecy for the duration of the speech. Before 9/11, the designated survivors have noted being able to stay home for these occasions or spend the few hours with family and Secret Service close by, but since the 9/11 attacks, there is now a specific location where the designated survivor stays during the address in order to remain safe and guarded.

Every year, a different Cabinet member is chosen, seemingly at random, to be the designated survivor and made aware of this shortly before their time comes. It's a policy and tradition that became important around the time of the Cold War, when it became clear that there needed to be an emergency placement of power if needed. The designated survivor is chosen in secret and, when the time comes, taken to an undisclosed location for their own safety.

It's clear that when the ABC show of the same title, Designated Survivor, premieres on September 21, the premise will be that Sutherland's character, Secretary of Housing and Urban Development Tom Kirkman, will be totally unprepared to deal with a sudden shift of power given solely to him. But while the designated survivor is totally a thing, the show is clearly giving it the Hollywood treatment, since in real life it has been made clear that the possibility of the survivor actually needing to take over is very very slim.