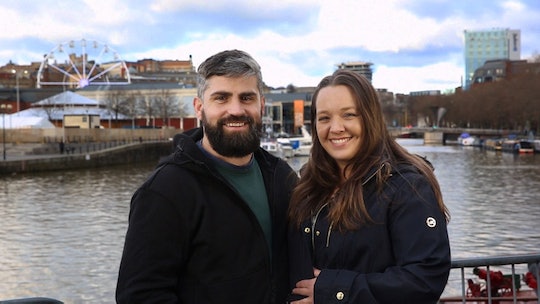 Could Jon & Rachel From '90 Day Fiance' Already Be Married?

When Jon Walters and Rachel Bear first met through a social media app on TLC’s 90 Day Fiancé: Before the 90 Days, and Rachel had just discovered that she was pregnant with her ex’s baby. Despite the long distance, and their unconventional circumstances, the two continued to pursue their relationship. But are Jon and Rachel from 90 Day Fiancé still together? Well, it looks like the two found true love, because according to reports, they got married.

Jon is from England and Rachel is from New Mexico, so it looks like the couple had two court marriages, each in their own hometowns. According to In Touch Weekly, a couple of Reddit sleuths dug around Bernalillo County online records and found a marriage certificate for the couple from June 5. Starcasm also did some digging of their own, and found that the couple was also married in a court in Cornwall in England on May 31.

Rachel and Jon’s relationship has had its share of complications. 90 Day Fiancé: Before the 90 Days chronicled how the two first met on a musical karaoke app while Rachel was briefly dating a man she met in New Mexico. After Rachel broke up with her ex and pursued and a long distance relationship with Jon, she found out she was pregnant, but that didn’t change the way Jon felt about her.

The two continued their relationship over texting and video calls, and when Rachel was getting ready to go into labor, Jon even attempted to come to the U.S. However, due to his past criminal record, Jon’s visa was rejected, so Rachel trekked out to England after her daughter was born instead.

Rachel could have gone back to England in May to get married, but people are wondering how the two got married in New Mexico. Reddit user JonInCa went so far as to question "Were these 2 already in the K1 process and TLC just frauded us into believing it was 'new'?" while another user, anoeba reasoned that "Perhaps it's a proxy marriage, like royalty in ye olde England!"

But One 90 Day Fiancé insider told In Touch Weekly that Jon has not been in the U.S., and their marriage could have just been registered through power of attorney, without him present. The same report is also speculating that Rachel has moved to the UK to be with Jon, but because that isn’t a confirmed report, viewers will just have to tune in to the show to see how things actually panned out.

No matter what the internet sleuths dig up, Jon and Rachel have been pretty good about keeping their relationship status under wraps. The couple has an Instagram page dedicated to their long-distance relationship called Follow Your Fairytale, but it has no posts hinting to a marriage. But that is probably because this season of 90 Day Fiancé: Before the 90 Days is just getting started, and they don’t want to (or can’t) spill the beans just yet.

But there are some clues on their Instagram page that may could leave room for speculation. In one post on their Follow Your Fairytale page, there is a January picture of Jon with a long beard captioned “Refusing to shave until we’re married.” Curiously, on his own Instagram page last month, Jon posted a picture of himself with a clean shave. And while it isn't a direct admission of marriage, you could speculate that Jon finally shaved his beard after getting married to Rachel.

Other than the clues offered by Reddit sleuths and social media dives, there aren’t confirmed reports of the couple’s marriage, likely due to contractual obligations of the show. Either way, all fans can do is wish Jon and Rachel the best, and watch their happy ending unfold on TV.