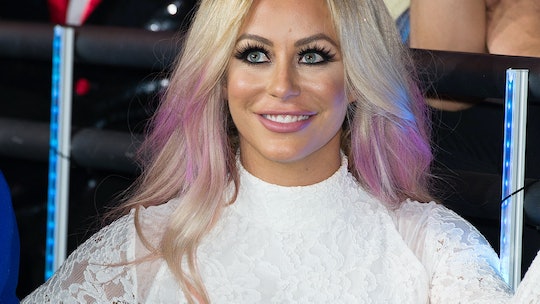 Yes, I'm Scared To Find Out If Mark & Aubrey Are Still Together On 'Ex On The Beach'

Mark Jansen and Aubrey O'Day have been hitting it off since Ex on the Beach Season 3 premiered on Jul. 16. The couple lasted through the arrival — and departure — of Mark's ex, Elena Davies, and they've only gotten closer in the following weeks. Now, as the show continues to progress, it seems the two stars are starting to seriously fall for each other. But will it last? As with most MTV reality pairs, fans are questioning if Mark and Aubrey are still together after the cameras stopped rolling.

Although Mark and Aubrey's relationship survived Elena, it's too early to tell if the couple breaks up, especially since Aubrey's ex has yet to wash up on the shores of Ex on the Beach. That being said, during the Aug. 29 episode, Aubrey promised Mark she wouldn't leave him because of the arrival of her now-nameless ex.

"I'm not going to just drop you cause my ex comes," Aubrey revealed to Mark, per MTV. "I don't know how it's going to be, but I'm going to be honest with you every step of the way. And if anyone speaks for me, come talk to me first."

Nevertheless, there are still plenty of weeks left in Ex on the Beach Season 3, and at this point, anything could happen. So fans will just have to wait and see what MTV has in store. Regardless, it doesn't look like Aubrey and Mark are getting along on social media in real time.

Following the Aug. 29 episode, Aubrey posted a video on her Instagram Stories, and it probably hints she is no longer together with Mark.

"Here's the thing, Mark got lucky because the producers wanted me to hang out with him. That's the straight truth," Aubrey said over a recording of her sushi date with her Ex on the Beach co-star. "Mark's gross ... I didn't want to hook up with him."

Meanwhile, Mark caught wind of Aubrey's claims and released a series of tweets that not only refuted Aubrey's statement, but also suggested the Danity Kane singer wanted to hook up with him after the show wrapped.

"I’m just confused @AubreyODay," he wrote in response to Aubrey's Story. "If I was so gross. Why still want me 🤔🤔🤔 It’s funny what rejection does to an ego like yours."

The reality star then explained he "didn't want anything to do with [Aubrey] post show," despite receiving messages. Mark also claimed Aubrey actually fell for him, and he did not reciprocate her feelings. "You fell for my charm," he tweeted. "You thought I was actually into you."

So what exactly is the truth here? Both parties are denying genuine feelings towards one another, and the argument on social media is a far cry from anything fans have seen on Ex on the Beach Season 3. It's more than likely MTV has something big in store for Aubrey and Mark, and viewers will just have to watch as the next few weeks unfold. But no matter how you look at the situation, it certainly doesn't look like Aubrey and Mark are still together today.