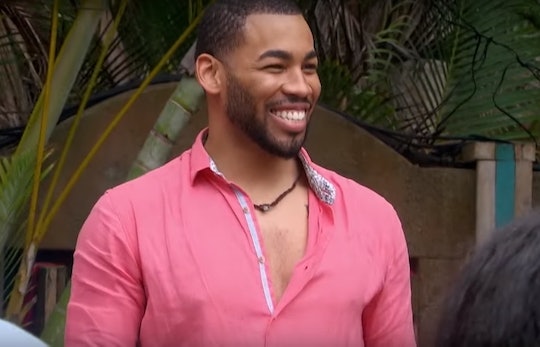 The new Bachelor has yet to be announced by the show’s powers that be, but if Mike isn't named as the next leading man in the franchise, I hope he found lasting love on Bachelor in Paradise this season. After arriving in Paradise as a hot commodity, Mike went on a date with Caelynn. When sparks didn't exactly fly between them, he kept his options open and it’s a good thing he did, because lately, he and Sydney are one of the stronger couples. Now, fans are wondering if Mike and Sydney are engaged after Bachelor in Paradise.

If you saw one of the many Season 6 trailers floating around, you saw that a few people do get engaged by the end of the season and the way things are going right now, I wouldn't be surprised if Mike and Sydney are two of those people. Because there are still a few weeks left this season, however, there’s no guarantee that Mike and Sydney are even still together by the time proposals roll around.

But I want to believe in everlasting love for Mike, especially if he isn't the next Bachelor. After his makeshift ice cream date with Sydney and the way they frolicked on the beach together, I’d say love is in the air and a proposal is on the horizon. I also don't want to see Mike get hurt again, so there’s that.

Although Hannah didn't exactly break his heart on her season of The Bachelorette, he was sent home before he could make it to hometown dates and it was a heartbreaking end to his time on the show. It could have been worse and she could have let him down after they went through the process of meeting his family, so at least she let him go as easily as she could, all things considered. Naturally, Mike did what anyone in Bachelor Nation does who is sent home on another show and agreed to return to the franchise for Bachelor in Paradise.

Unfortunately, Mike hasn't said if he and Sydney are engaged or even still together at this point. But he recently talked about her when he spoke to Access about this season of Bachelor in Paradise and he still seems smitten after the season. Either they broke up amicably, or Mike and Sydney are still together and potentially engaged right now.

Maybe I’m just old fashioned, but when a guy mentions a past girlfriend and relates her values to what he looks for in a wife, it signals serious wedding bells. He was mum about what else happens between himself and Sydney this season, as to be expected. But right now, they are one of the more easygoing couples who seem like they could make it out in the real world away from the cameras and all encompassing world of Bachelor Nation in general.

Mike does take love seriously. At the "Men Tell All" taping after Hannah’s season of The Bachelorette, he told Entertainment Tonight that he would have to think a lot about becoming the next Bachelor if he were to be approached by producers. At the time, he said, "When it comes to pieces of the heart, there's no playing with that." So if he and Sydney are engaged after Bachelor in Paradise, it’s probably the real deal.