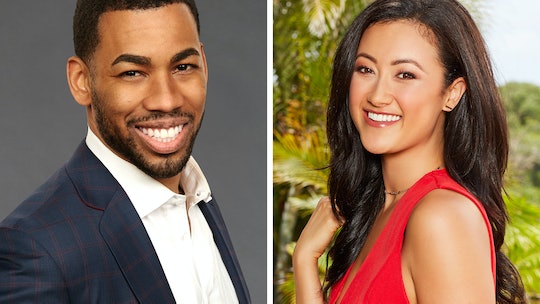 Bachelor Nation might be excited about the potential of Mike Johnson as the next Bachelor, but make sure you aren't sleeping on his blossoming romance with Sydney Lotuaco, because these two are seriously adorable. During Season 6 of Bachelor in Paradise, fans watched as sparks flew when Mike and Sydney shared an ice cream sundae. Later, the duo was spotted doing cartwheels on the beach, and they seemed to be hitting it off. Now, as the ABC reality series enters its fourth week, fans are wondering if Sydney and Mike are still together. Bachelor in Paradise still has a long way to go, which means anything could happen.

For the time being, it's too early to tell if Mike and Sydney are still dating once BiP wraps up in Mexico. That being said, Mike recently opened up about his relationship with Sydney in interview with People, and the military veteran had nothing but good things to say about his co-star.

"When you're around Sydney, she doesn't even have to say it," Mike gushed. "You can literally just feel her presence. You can feel her loyalty. You can feel what she cares about near and dear to her heart. I just love her core values."

Mike once again touched on Sydney's core values when speaking with Access. And not going to lie, he appeared smitten.

Yup, Mike correlated Sydney's values with his future wife — but wait, there's more. Later in the interview, Mike was asked what qualifications he would look for in a future partner if he was chosen to be the new Bachelor, and Mike brought the conversation back to Sydney.

Now, does this mean Mike and Sydney end up together in BiP? Mike teased "a lot of things happen in Paradise," so only time will tell at this point.

"You have to watch and see," Mike told Access. "I mean, I went on a date with [Caelynn Miller-Keyes] and you see that Sydney and I have a sundae. So we'll see where that sundae goes."

Whether you want Mike to find his happily ever after with Sydney or you're rooting for him to be the next Bachelor, fans should know they're in for a good show. So stay tuned.