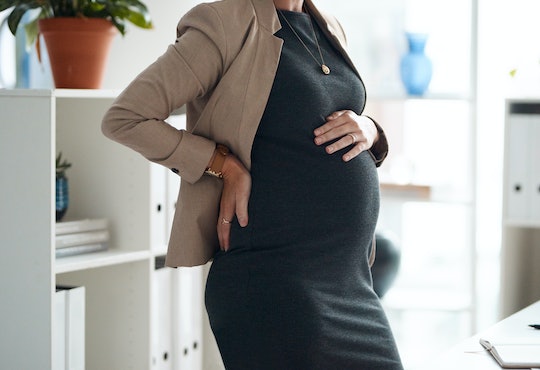 Just How Many Millennial Women Are Doing IVF?

Assisted reproductive technology plays a huge role in allowing some couples to take a hands-on approach to family planning. For many women in their 20s and early 30s, the idea of having options — and plenty of time — when it comes to starting and growing a family feels like a given as we work to jumpstart our careers and plan on having children later in life than our own parents did. We know that, as long as we have the cash to spend on them, procedures such as in vitro fertilization can help us to get pregnant on our own terms and timelines. But are millennial women using IVF more than other generations? Or are older women taking advantage of this relatively newfound flexibility just as much, or even more?

Because even though millennials are the ones who grew up knowing that the costly IVF procedure could be an option, women a tad older than us are certainly able to harness its wonder in order to have children who otherwise wouldn't have been possible, for whatever reason. In reality, lots of different populations are doing this — and with about 1.5 percent of babies born in the United States having been conceived via the procedure in 2013, according to a report from the Society for Assisted Reproductive Technology, more are doing so than ever before.

In part because of this, birth rates of multiples are now the highest they've ever been, as the Pew Research Center reported. In 1915, twins, triplets, and other multiples accounted for just 2 percent of all births. And that number in 2015? A whopping 3.5 percent. But that number did not begin its ascent until about 1980, when two significant factors came into play: First, women started delaying getting pregnant, in some cases until their 30s and beyond. Also, IVF came onto the scene. Both increased the likelihood of multiple births. And these two developments are entwined, because, according to Pew, older women are more likely to use IVF.

That makes sense, because the process of implanting embryos into a woman's uterus can cost as much as $20,000 when it's all said and done, according to Forbes, and attempts are successful less than half the time, depending on the age of the woman and other factors. Covering this cost, which is frequently not covered by insurance, is generally more attainable for families who are more established in their jobs and have had the opportunity to save tens of thousands of dollars to make the gamble.

But while older women are more likely to utilize IVF and similar assisted reproductive technology, younger women are generally in a better position to actually become pregnant after going through with it. For women under 35 using embryos from their own fresh eggs, there is a 40 percent chance that it will take, according to CNN, a statistic that drops to 31 percent for those between 35 and 37. Strikingly, the treatment worked only 3.9 percent of the time for women who were 42 when they did it.

This presents a bit of a dilemma for the two-thirds of millennials who, in a 2015 survey done by the Reproductive Medicine Associates of New Jersey, reported that they did not worry about getting pregnant because they trusted technology to make it possible when they were ready. Right now, science can't preserve a woman's fertility forever, and the youngest ones are still the most likely to get pregnant, either naturally or by other means.

Whatever the case, young women, though they aren't taking advantage of IVF as much as their older peers, should consider that they're in a good position to do so if they choose to go that route.