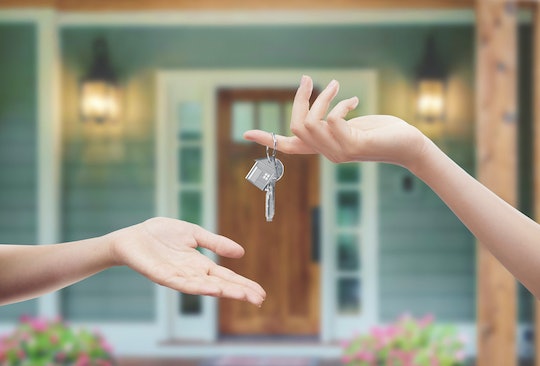 Are Millennials Buying Fewer Homes Than Gen X? The Research Is In

Millennials get blamed for a lot of things. Economists have long complained about the generation's amount of student debt and there, it's hesitation to buy homes, cars, and everything else that makes the stock market soar. But is it all true? Are, for example, Millennial buying fewer homes than Generation X? The answer might surprise you.

There actually aren't any exact start and end dates for Generation X or for Millennials, but demographers loosely define Gen X as anyone born between the mid-1960s and the early 1980s, according to the Pew Research Center. Millennials are the next ones in line, with researchers defining them as anyone born between 1983 and 1996, though again, there are no exact cutoff points, according to the Pew Research Center.

Both Gen X and Millennials have bad reputations with the older generations, like Baby Boomers (although it's largely the Boomers who made things economically difficult for both of the younger generations). Those in Generation X have a reputation for being "slackers," while Millennials are known for being "entitled," too, according to the American Psychological Association. Then again, with both generations taking on massive amounts of student debt and the fluctuating economies, who can blame either generation for not hopping on the home ownership bandwagon? (Millennial women, though, have always been buying more homes than their male, Millennial peers, though.)

But if we really want to blame an entire generation for a lack of home sales, it's Generation X, according to HuffPost. Because research shows that Millennials are buying more homes than Generation Xers, and often after they've married and started building their households, or having kids, according to Bloomberg.

Previously, home ownership had been on the decline since way back in 2005, according to The Atlantic, when a large part of Gen Xers would have been just hitting their 30s, which is a time when people tend to settle down and start to think about buying houses. The thing was, according to CNN Money, Gen X wasn't doing it. The 2015 Harvard State of the Nation's Housing Report found that home ownership among people aged 35 to 54 was the lowest it had ever been since 1993, and especially for those under 44.

Daniel McCue, senior research associate at The Joint Center for Housing Study of Harvard University, said in a statement to CNN at the time that's likely because the market peaked "right when they were at peak first time buying age." And older Gen X members who had pulled the trigger on buying a home when the credit market's bubble was just forming didn't size up when they normally should have because the housing crisis was just beginning, according to HuffPost. McCue added that the older generation was all about renting.

He added at the time, "The normal cycle of renting and moving onto homeownership and making room for younger renters to follow isn't happening as quickly."

Around 2015 was also when experts were bemoaning all the Millennials still living off their parents. But that's starting to change, according to Bloomberg. The 2017 U.S. Census Bureau found that people over 65 years old, those darn Boomers who got in before the market blew up, were the largest group of home owners. Home ownership rates were the lowest, at 36 percent, for people under the age of 35, which would be Millennials. But, that rate is a big deal, because it's up from 34.7 percent just a year earlier, which, according to the Wall Street Journal, is "by far the largest increase of any age group." (Overall last year, though, home ownership rates were on the rise for the first time since 2004, which is good news.)

What the economists over at Bloomberg and real estate experts at Zillow think is that this means that with the economy getting better, Millennials are settling into their careers, moving in with partners, getting married, having kids, and then finally realizing that rising rent prices make home ownership a good deal. We're also far enough away from the housing crisis that people feel safe to enter into a mortgage agreement.

The changing economy is also finally giving Gen X some breathing room, too. According to Housing Wire, Millennials are still buying more homes than their older peers, but Gen X is now coming out in "droves" to buy houses. Home ownership rates are up to 28 percent this year for Millennials older brothers and sisters, too, the outlet noted.

It turns out that both generations, like the ones are before it, are all pretty similar. It's not like younger generations don't want families and homes they can call their own, but that they've been forced to sit by and wait for the economy to make those American dreams possible for them. Hopefully, home ownership keeps trending up.