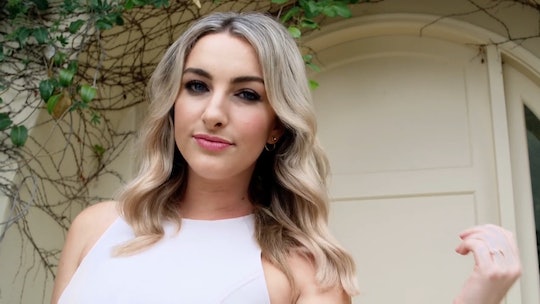 Nicole & Michael On 'Teen Mom: Young Moms Club' Might Be Off To a Rocky Start

Life is hard enough as a young mom without relationship drama thrown in the mix. But for Nicole and Michael on Teen Mom: Young Moms Club, they have more to worry about than hoping that he gets along with her daughter. And although the relationship is fairly new, are Nicole and Michael still together after Teen Mom: Young Moms Club? So far this season, Nicole’s friends aren't wild about her new boyfriend, but she seems to see potential in him and maintaining a relationship while she raises her daughter.

Viewers who first met Nicole on Pretty Little Mamas probably remember that she has always been single and has tried to focus solely on her daughter as a single parent. Now, it seems like she is ready to have something else, but since there may have been a large gap between filming Young Moms Club and present day, there is a chance that Nicole is single yet again.

According to MTV, Nicole’s friends notice some major red flags about Michael right away that she chooses to ignore herself because she likes him so much. It's unclear how serious these red flags are or if there is room for growth, but it could mean bad news before their relationship even gets real traction. Nicole’s goal is to move out from under her parents’ thumb and create a living stable home for her daughter and in this case, it seems to include Michael. Although she might seem almost blinded by her relationship for him this season, it doesn't look like the couple is still together outside of the show.

Nicole’s Instagram is all about her relationship with her daughter and their life together rather than any random posts featuring Michael or any other guy who might be in Nicole’s life. There’s no clear mention of Michael either, but in March, she did post a selfie with the caption "RIP to the BS," so there's a chance that was about him and they are officially donezo. If they are still together, then she is keeping it on the downlow in a serious way.

If Nicole and Michael were still together, I feel like he would be heavily featured on her Instagram to showcase their relationship and show off how far they have come outside of Young Moms Club. Instead, Nicole’s life is all about her daughter and that is nothing new, as viewers have seen their close relationship on the show.

There is a chance that Nicole and Michael are still seeing each other but have chosen to keep their relationship status on the down-low until the season is finished airing. Although I don't think it’s so serious that they would be barred from letting the public know they are still together. It’s likely that Nicole and Michael’s relationship just didn't work out and she saw that before things got too serious.

It's understandable why Nicole would be eager to be with him this season Until now, she has done the parenting thing solo and she's done a great job on her own. But she is ready to branch out from her parents’ home and have a life of her own with a family setting for her daughter. And for Nicole, that means potentially having a steady significant other. While that may not work out for her this time around, Nicole and her daughter seem to be doing just fine on their own and that’s all that really matters.

You will be able to get your fill of Nicole’s life and her fellow young moms when Teen Mom: Young Moms Club premieres on MTV tonight at 10 p.m. ET.