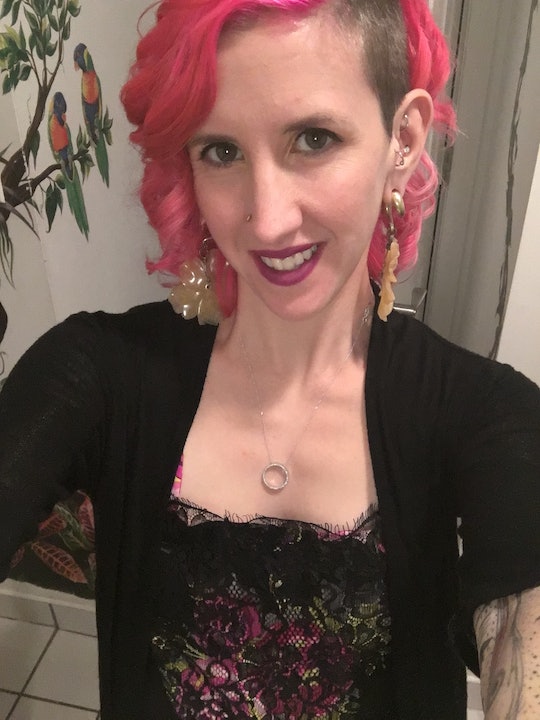 Are Orgasms Better After Birth? I Spent A Month Trying To Find Out

I am a 31-year-old married woman. I'm also mom to an adorably sassy 2 year old. And I enjoy both sex and orgasms. But it wasn’t always this way. In fact, in the first few years of my sex life, I “did the deed” but didn’t get much out of it. I was scared, self-conscious, and embarrassed — embarrassed to admit I didn’t know what an orgasm felt like. I mean, I watched movies (those movies, the ones that would make your parents blush and grandparents have a freakin’ heart attack) and read books ranging from educational to downright dirty, but I didn’t know how to get my head in the game. I didn’t know what I was doing wrong. But like a fine wine, I aged. With crow's feet came bravery between the covers. With laugh lines came confidence, and with gray hairs came a sense of sexual identity that would make most 50 Shades of Grey fans blush.

By the time I became a mom, at 29, I was in my sexual prime. Then I had a baby. We've all heard the myth that women have better orgasms after kids, but I wasn't exactly sold at first glance. Was I worried sex will be the same after baby? Absolutely. The thought that the sexual fiend I'd spent roughly 30 years rousing to life would suddenly go quiet terrified me. After our daughter came along I deathly afraid that sex would change everything I'd come to love about getting it on with my partner. Not much has changed about sex after birth, but these days what I'm lacking is time. I miss being able to do it whenever — and wherever — I wanted. I miss late night romps and early morning sex sessions. Mainly I miss being able to focus entirely on me, because even when we have sex now, I have one ear glued to the baby monitor beside my bed.

What I was interested to figure out, however, was if my orgasms had changed since welcoming a daughter into the world. Though a baby had changed almost everything about our life and our routine, had birth effected my ability to orgasm for better or worse?

So what were my rules? Much to my husband’s chagrin, there wasn’t a control group (such as, say, women with kids vs. women without). I kept telling my husband I was the control, but I can’t fault him for his crass bedroom humor. Instead, we agreed to have sex more regularly than our 2-year-old daughter often allows. We agreed to talk about our sex life before baby, and to continue to explore things now.

We agreed to simply have sex to see whether or not things in between the sheets were hotter than before baby had entered our orbit. We gave it a month, both of us committed to me finding The Big O every time (or at least as often as possible), and this is what happened:

I Had To Let Go Of My Inhibitions

As I mentioned earlier, sex wasn’t always easy for me. My childhood sex talk consisted of “don’t have it until you're married.” Sex was an act of love, an act of intimacy, an act to create life. Other than that, it wasn’t one we really spoke about. So everything I learned about sex I learned “in the trenches,” or from a scrambled Spice feed.

Before baby, this meant I saw sex for what it was: an act of procreation and mutual love and respect but pleasure, well, if it happened then that was a plus. And sometimes it did, but more often than not it didn’t because I was, a) too self-conscious about my body to truly let go, b) too worried what I liked or wanted to try would be seen as weird, and c) too concerned with what he wanted. Then baby came and I stopped caring. My body image concerns went out the window — and thankfully so — because my body was a f*cking beast (in the best way possible). I carried and nourished a baby from a tiny cell to a screaming infant, a screaming infant which my husband saw shoot — literally shoot — out from my vagina. And once your significant other watches you expel a child from your body, and once you expel said child from your vagina, and once you accept possibility of pooping on the table, my body image concerns seemed totally negligible.

During this month of O exploration, I spent time pleasuring myself, looking at myself, understanding myself. (Many nights this meant “loosening up” with a couple of cocktails and Comedy Central — what can I say, laughter puts me at ease.) The more I “learned,” the better I felt, and the better the orgasms became — with and without my husband.

The most important thing I learned from this month was that I had to let the expectations go. Yes, my body had changed after giving birth to a child, but my desires hadn't. I still felt the urge to connect with myself as much as possible, and in fact, I treasured that time alone (and together with my partner) more than ever. The expectation that something would be "better" or "worse" after was only adding un-needed and totally unwanted pressure to the mix. The more I bought into that idea that something was either or, the more I willing I was to believe it. So when I stopped expecting something to change, my body did what came naturally.

We Spent A Lot Of Timing Going Straight “For The Kill”

As a mom, I live by the motto, “I ain’t got time for that.” In order for me to do anything, it has to be relatively easy, completely pain-free, and uh, quick. And while my husband and I were able to enjoy an amazing and long intimate night during this experiment, that one night was an exception (brought to you by a wedding, a hotel, and the world’s greatest babysitter, Nana). As parents, we normally have smaller windows for sex. I know what you are thinking, quickies are good but they cannot possibly be great, can they?

If there is one thing this month-long experiment taught me about life after kids, it's that it's all in the details. Once I was able to let go of those Hollywood-esque expectations, I had room for the things that truly turned me on: hugs at the kitchen sink or a quick ass slap while chasing my daughter down the hallway. I’m also blessed with a great partner who knows exactly what I need and how to get me there quick. (Keep cleaning that cat litter, baby!) He knows how to get me out of the day and into the mood, and he also knows he needs to have me in bed by 10:30. It may not sound romantic, but when he checks all those boxes I find myself so relaxed I am climaxing within moments.

Truthfully, I didn't mourn the loss of the amazing and long, intimate nights that we used to have together like I thought I would. Would I take them back in a heartbeat, given the chance? Absolutely. But they don't exactly fit into our new normal these days, and on some level I think that my partner and I are understanding of that. We don't have the time we did before our daughter was born. And the time we do have is spent chasing after her. If anything, it's made those occasional planned getaways all the more memorable.

We Have History On Our Side

My husband and I have a long history — a long history. He is (gasp!) my only sexual partner and he has been with me through good, bad, and even strange sexual times. Some may see this as a detriment, but I see it as a bonus: he knows what I like even when I don’t, even when I’m too embarrassed to ask. And while I’ve gotten more accustomed to taking control or relaxing with a good book and Hitachi Magic Wand, there are some times I still don’t know what to say — that’s where it is good to have a partner you know and trust.

There are also moments at the end of the day where I am tired of talking and asking for what I want. I don't think I can put into words how good it felt to have someone else do the work for once — and all I had to do was nod in approval.

Oh, And I Did My Kegels

For those who don’t know, Kegels are an exercise aimed to work the muscles of the pelvic floor. Kegels can help with the pushing process in labor and delivery, but there's also an added bonus: Kegels work the same muscle that contracts and releases during orgasms. So not only can Kegels help you get baby out faster (and at the end of 10 months, who in their right mind wouldn’t want that?), but consistently doing Kegels has the ability to increase your sensitivity and intensify your orgasm.

What did this mean for me? Well, for starters, I did my Kegels religiously before and after baby and during this experiment I noticed things truly did “tighten up.” I mean, I’m not so sure they actually did, but the placebo effect worked, and I felt tighter — which is a huge win postpartum. I also became more aware of myself, of my feelings and sensation, than ever before, and the best takeaway was that I felt more in control of my muscles so that I could control my muscles a bit more.

Had My Orgasms Changed After Baby?

Can I definitively say that yes, moms have better orgasms? No. Mainly because I am one woman with one kid and because my experience is not indicative of our entire culture's sexual appetite. I can say with confidence, though, that perhaps my turn-ons have changed. I'm quicker to get where I need to be these days — and that as true behind closed doors as it is out in the real world. Maybe my definition of sexy has changed. Maybe a second-degree perineal tear worked in my favor, but whatever it is, something's working.

This experiment left me exhausted (seriously, between marathon training, late-night toddler potty breaks, and endless orgasms, I was literally and figuratively drained), it also left me with an astute awareness of my needs, wants, and desires. I felt confident and aroused, and it reassured me that while our current sex life is less consistent and far less frequent than our pre-baby one, it is exponentially better. If anything, I can thank motherhood for that.