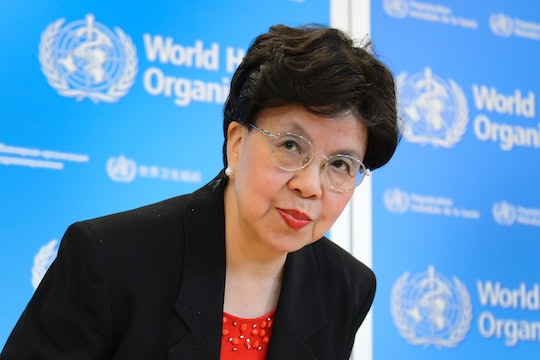 Are Some People Immune To The Zika Virus? There's No Evidence Yet

As news spreads about the potential spread of Zika virus' when the weather starts to warm up, it's only natural to wonder how you can protect yourself and your family. Wouldn't it be nice, too, if some people were immune to Zika and there was no reason to worry? Unfortunately, that's just wishful thinking as of right now, but it would explain why many had not heard of the virus until just a few months ago, when news of the outbreak in Brazil started to make the news. But Zika is an old virus, first reported in Uganda in 1947. Since then, there have not been many reported outbreaks in that region, leading some scientists to hypothesize that East Africans may have developed an immunity to the virus.

Christian Lindmeier, the World Health Organization's spokesperson on the Zika virus says that it's an "interesting theory," but that there is no hard evidence to conclude that East Africans are immune to the virus, according to Newsweek. In fact, Lindmeier even thinks that it's probable that the outbreak in Brazil and Latin America is that this was the first time the populations in those countries were exposed to the virus. “It’s very possible that parts of Africa or other parts [of the world] might already be quite immunized and therefore would not experience the same sort of outbreak,” he said.

Even if some people are immune to Zika throughout the world, it's not likely that anyone in North America has been exposed to the virus enough to have formed Zika antibodies. There are reports of Zika antibodies present in the population of Kenya, according to Newsweek, so it's possible. But not a likely solution to prevent the spread of the virus.

So what can you do? Recently, the Centers for Disease Control announced that the spread of Zika is more likely than they originally thought. That should lead to more pressure on Congress to approve the $1.8 billion of emergency funds that President Obama has requested for more mosquito control, disease prevention, and vaccine development. For now, awareness and putting pressure on elected officials to take action before an outbreak spreads is the most anyone can do. A Zika vaccine is scheduled to start clinical trials in September 2016, but it will be some time before that's available to the general public.

Until then, people can also protect themselves with insect repellent and by getting tested for Zika if they've travelled to one of the countries under a CDC travel warning. Zika can be sexually transmitted, so if you're not using protection and your partner's traveled, take all the necessary precautions. Currently, there's no treatment for the symptoms of Zika, which include a rash, fever, and muscle pain, if they show up at all. To be immune to Zika, one would have had to be exposed to it before.

The goal for health officials right now seems to be to prevent exposure from even happening in North America at all. If the government heeds the WHO and CDC warnings, Zika might not be so scary after all.