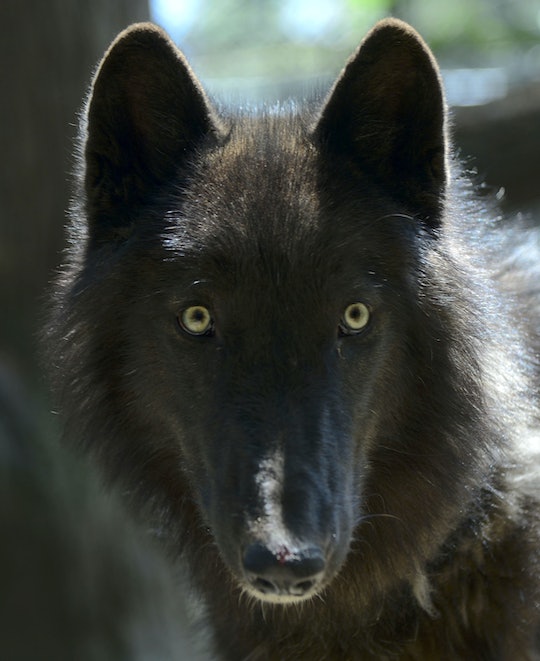 Are There Actually Wolves In The Jungle? 'The Jungle Book' Thinks So

I don't necessarily recommend looking to the new Disney movie The Jungle Book as a literal interpretation of life in the jungle. For instance, I'm fairly certain there are exactly zero talking bears, singing monkeys, or protective panthers. I'm sorry if this is disappointing to any readers, but it's the sad truth. However, the wolves in the story got me to wondering: Are there actually wolves in the jungle?

The Jungle Book is the story of Mowgli, a boy who has been raised by wolves and lives in the jungle with his fairly awesome animal friends. It is based on a collection of short stories written by Rudyard Kipling and published in magazines in 1893. Kipling lived in Bombay (now called Mumbai), India until he was 5 years old. He remained fascinated by India and it's colorful wildlife for the rest of his days, returning to India for a time in 1882.

But while Kipling was so inspired by India that he managed to create one of the most timeless, endearing stories of friendship and courage, he didn't really get his jungle facts quite right. First of all, wolves do not raise little children (despite my sons' vehement protestations that wolves could have definitely raised them just fine). Sure, there were rumors of feral children being raised by wolves in the early 20th century, but those stories have been widely discredited. Also, it turns out that wolves do not live in the jungle.

I know, Mowgli, I'm sad too. Especially since your wolf mom in the new movie seems like just about the nicest mom around.

Wolves do have a widely varied habitat, according to wolfworlds.com. They tend to live all over the planet in different climates and terrains. They live in forests throughout North America where there are plenty of smaller animals to hunt ("all the better to eat you with, my dear"), the coldest areas of the Arctic, and some have even been found living along the Savannah deserts and plains of Africa.

Wolves are actually pretty adaptable, traveling in packs to survive, as they are officially an endangered species. That much Kipling did get right. “For the strength of the Pack is the Wolf, and the strength of the Wolf is the Pack," he wrote in the original canon.

There are absolutely wolves who happen to live in India, of course — Mowgli's adoptive wolf parents in the story, Akela and Raksha, just don't happen to be two of them. These wolves in India are the same species as the ones who live in Canada and Minnesota, according to National Geographic, and they are scattered throughout rural areas. They are not, however, living in jungles or raising babies.