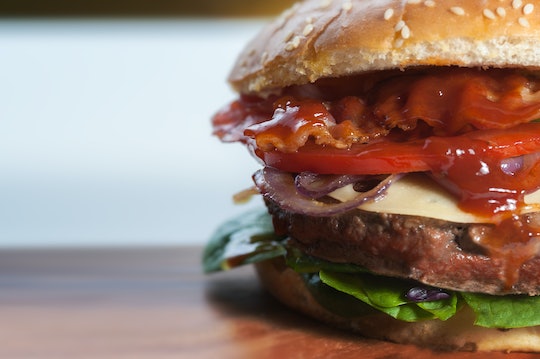 Are There Foods To Avoid When Breastfeeding?

The minute a breastfed baby gets fussy, everyone immediately turns to the mom. Did she eat something bad? Did she ruin her milk and give her baby gas? Doesn't she know there are foods to avoid when breastfeeding?

It sounds ridiculous to blame a mom for a baby's fussiness, but it happens all the time, especially to breastfeeding moms. (I can't tell you how many people suggested that I wasn't feeding my baby enough and to just give her a bottle if she fussed.) In fact, a baby doesn't even have to be upset or irritated before everyone starts telling you what you shouldn't eat while you're breastfeeding. Everyone knows how quickly mom guilt can take over — before you know it, you're cutting everything from dairy to fruit and vegetables out of your diet so your little one never has to suffer. But is it necessary?

Not really. According to KellyMom, there is no research that suggests there are certain foods breastfeeding moms can't eat. Although a type of food could bother one baby in particular, most babies are totally fine with anything mom eats, whether it's a bowl of ice cream or a plate of hot wings. KellyMom also noted that there are many more likely factors that can cause gas or fussiness in babies. If a breastfeeding mom tried to cut out all of the potential food items that could make a baby have gas, they'd have hardly anything to eat.

If your baby has an obvious reaction to a certain food, obviously it's something you may want to consider cutting out of your diet, but in general, you can eat what you want while breastfeeding. According to Parents, the only food you should eat in moderation while breastfeeding is fish. Fish can contain mercury and it is suggested that a breastfeeding mom have no more than two servings per week.

So chow down, mama. KellyMom noted that breastfeeding mothers should generally take in an extra 300 to 500 calories per day, so don't let a supposed list of foods to avoid stop you from making that count.

More Like This
Abbot's Formula-Producing Plant Can Reopen In As Early As 2 Weeks — Now What?
Here’s What You Need To Know About That Viral 1960s Baby Formula “Recipe”
Can You Help Your Baby’s Hair Grow?
Ashley Graham On The “Fun, Organized Chaos” Of Raising Twins