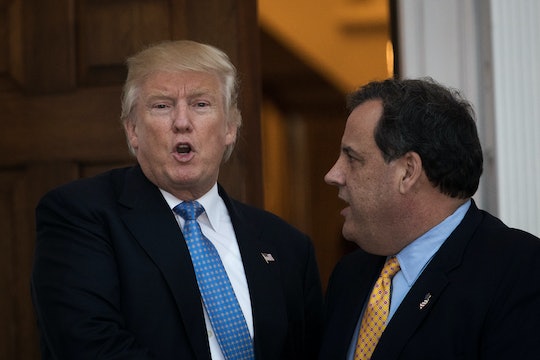 Are Trump's Business Dealings Legal? He Thinks So

President-elect Donald Trump is about to have to do some serious multi-tasking. The busy New York real estate magnate now has to add another title to his ever-growing list of job titles; steak salesman, professional wrestler, businessman, social media darling and now... president. As Trump prepares to enter the White House as the 45th president of the United States, he will need to get ready to have all of his previous business dealings examined under a microscope. While Trump thinks his business deals are legal, is that actually the case? And once Trump enters the Oval Office in January 2017, should he be concerned about some of his international business dealings affecting the way he comports himself as president?

Nah. According to a recent interview with The New York Times, Trump isn't concerned about a conflict of interest while running the country. Despite the concern many Trump critics have voiced about several possible shady areas where Trump's business dealings could affect the way he makes decisions as president (of particular concern is Trump's involvement with a real estate developer from the Philippines who is now an envoy to the United States), Trump cited the presidential and vice presidential rule of exception. While Congress oversees other political officials to make sure they aren't using their position to influence others, presidents and vice presidents are not bound to that rule.

This exception to the conflict of interest rule was created as a way for presidents to make difficult decisions without having to concern themselves with ethical backlash, not as a back door to mix personal business with the presidency. Regardless, President-elect Trump seemed pretty pleased about it. As he pointed out in the interview with The New York Times, federal law is "totally on my side." Trump went on to point out that his situation, a billionaire businessman who just happens to also be running an entire country, is relatively unprecedented, but he was confident that he could pull it off without a hitch.

“In theory, I could run my business perfectly and then run the country perfectly,” he said.

President-elect Trump has over 100 properties in 18 countries around the world, and many of these business dealings could potentially be connected to the governments of those countries. Trump has dealings in Turkey, South Korea, the United Arab Emirates, and most recently, Saudi Arabia. Not long before Trump was elected, eight mysterious deals were brokered to develop luxury properties in Saudi Arabia.

Trump has often said he plans to protect Saudi Arabia from Iran with his presidency. In an interview with Bill O'Reilly of Fox News' The O'Reilly Factor, Trump said:

As Trump moves towards his presidency, maybe it's time for him to make a choice: billionaire businessman or president of the United States. Doing both is just asking for trouble.