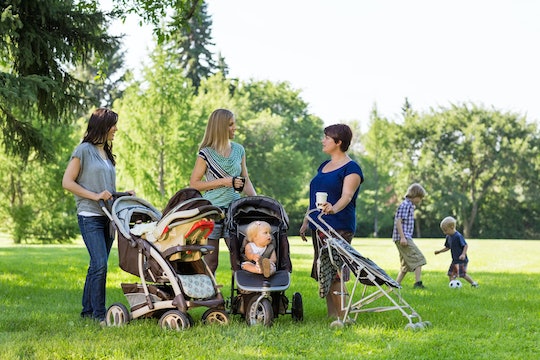 As a parent, I am faced with communicating with other parents on a regular basis. As an introvert, this scares the life out of me. But what scares me even more than that is potentially exposing my children to deadly diseases. However, I seriously question how to ask someone if they vaccinate their kid. What if I offend someone? What if they are vaccinated but they no longer want our kids to play together because I had the audacity to question their parenting? The swirling thoughts make my anxiety skyrocket.

With the current measles outbreak reaching an all-time high as the CDC reported another 78 cases of measles since last week, it is no surprise that many parents are questioning whether or not their children are being exposed to unvaccinated children who may be susceptible to the disease. At this time, the American Academy of Pediatrics does not have any specific recommendations as to when or how parents should address the topic of vaccines with one another. So it is up to parents themselves to approach the subject with the best of intentions.

Linda Fu, M.D., director of immunization and quality improvement at Children’s National Health System, wants parents to know that the conversation may be less scary than you think. "Parents who do not vaccinate their children are less than 3 percent of the total population, so asking whether someone else's child is fully vaccinated will almost always be an easy, reassuring conversation. As a pediatrician, I encourage parents to share their views in support of childhood vaccination openly with other parents to counteract the misinformation that is being spread on social media by a few, vocal anti-vaccinators and amplified, as recently found, by Russian bots," Dr. Fu tells Romper.

In a story for Today, Anna Almendrala reported that mom Kate Hoerster chose to text parents who would be involved in a playdate for her then 2-year-old to ask if their children were vaccinated. Amid a measles outbreak in their county, Hoerster was concerned for the safety of her 6-month-old who was not old enough to receive the MMR vaccine. "I ended up using text versus other means because it felt a little less invasive," Hoerster told Almendrala. "So people would have time to think about how they would want to respond, including if they weren’t vaccinated and wanted to find an alternative explanation for why they couldn’t hang out."

I personally love this method. Texting is one way for parents to communicate with one another to set up playdates anyway, so adding in something along the lines of "Hey, I have an infant at home and we are concerned about the vaccines she isn't old enough to receive yet, just wondering if your kids are up-to-date?" when you're already texting about plans shouldn't be that big of a stretch.

For parents like Hoerster who have children in their home who are not yet old enough to be vaccinated, questioning the vaccine status of children who they may be exposed to is necessary. According to the CDC, "Almost everyone who has not had the MMR shot will get measles if they are exposed to the measles virus," which leaves those who are unable to receive vaccines at risk. Another group of parents who are increasingly concerned about exposure to kids who are not vaccinated are those who have children who are immunocompromised or have health conditions that prevent them from being able to receive vaccines.

Crissy Hardin, mom to daughter Rylee who was diagnosed with Leukemia at age 6 and is now in remission, tells me that this topic is one she feels strongly about. "It was awkward at first to ask, because before Rylee was sick, I never would have thought to ask someone's personal medical history. But now it's like small talk to me at this point," she tells me. "I am very straightforward when I approach parents and school administration. I don't start a debate on my personal beliefs. I simply ask if their child is up to date on their vaccinations. If the response is no or that it is not my business, I just tell them I respect any choice they make for their own family, however, for them to respect my family and choices as well I will need to know that information if they want to be around my children."

If the conversation still seems intimidating, Dr. Fu also recommends that parents break the ice by first talking about less controversial safety issues. "Parents can begin the conversation by discussing other possible safety issues, for instance, nuts in the home if the child has an allergy to them or an extra car seat if the other parent will be driving their child," she says. "Parents can broach the topic of immunizations by saying, 'Because of the many, recent news reports of flu (or measles or mumps), our pediatrician said it's a good idea to ask before play dates whether Jamie's friends have had all their shots. Jamie just got all of hers.' Parents of children less than 4 to 6 years old can add, 'The pediatrician said Jamie is at higher risk since she isn't fully protected.'"

No matter what your reason is for asking another parent if their child is vaccinated, the best thing for parents to do is to be direct, but to keep things light. A polite phone call or text message with the sole intention of keeping your child's health a priority will most likely be received by other parents as well-meaning. Even my non-confrontational self would feel comfortable with that approach.