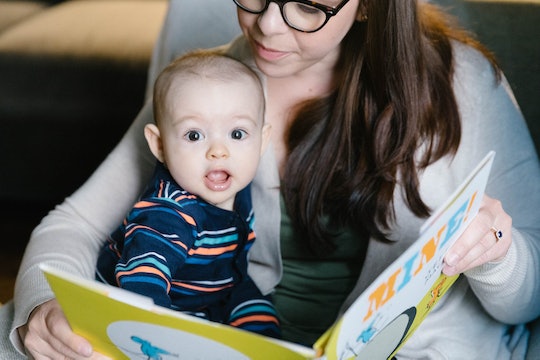 For many people, the month of September signifies new beginnings. It’s the month in which fall begins and so does the new school year. But for babies born at that time, it can signify certain advantages. A recent study found that if your baby was born in September, they might have a better chance of being successful. It sounds like an extraordinary claim, but there are actually some factors that indicate why babies born in September are more successful.

It’s not really about the month itself, nor is it about the Zodiac sign. The successes related to September births are all related to the age a kid starts school. A 2017 study titled “School Starting Age and Cognitive Development” from the National Bureau of Economic Research found that the age children start school can have an impact on how well they do in school. Because kids born in September often have to wait a year before starting school, they usually end up being the oldest kids in their class.

Researchers noted that the older September-born children may be cognitively more mature, thus do better in school than their much younger peers. The study focused on the cognitive development of over a million Florida public school students, born in different months, from ages 6 through 15. For comparison, researchers analyzed the differences between September born kids — the oldest in their class — and August born kids — the youngest in the class, who differ nearly one year in age.

The study found that children born in September had higher test scores than children born in August. So if the child is older, they might do better on a test because they are cognitively more developed than their younger classmates. This is really one of the biggest advantages September-born kids have over the rest. The researchers found that doing better in school and scoring high on tests allowed kids to get into good colleges, enhancing their chances of more successful outcomes in life. When compared to children born in August, September-born children were 2.1 percent more likely to go to college and were about 3.3 percent more likely to graduate college with a degree.

Being the oldest in the class may even contribute to less criminal activity. The researchers studied data from Florida School District’s youth detention centers and found that kids born in September were 15.4 percent less likely to go to jail, commit crimes, or get in trouble with the law while underage.

But unfortunately, being born in September alone doesn’t guarantee life successes for a child. The study found that other social and economic conditions, including parental level of education, economic conditions, and ethnic backgrounds, are huge factors when it comes how well a child does in school. For example, the study found that kids from wealthier backgrounds were not as affected by being younger in class as kids from poorer backgrounds.

While this study sheds a subtle light on the impact of age and advantages of being more cognitively developed than your peers, I would like to wholeheartedly note that every child is different, as are their socioeconomic environments. My daughter is a late July baby, and was one of the youngest in her class, but she was always academically ahead of the rest. She’s currently two whole grades ahead of her peers, and hopefully will continue to excel academically. I think that the definition of “success” is different for everyone, but as long you give your child lots of love, continuous and encouraging support, along with an enriching education, they will be successful, no matter when they were born.