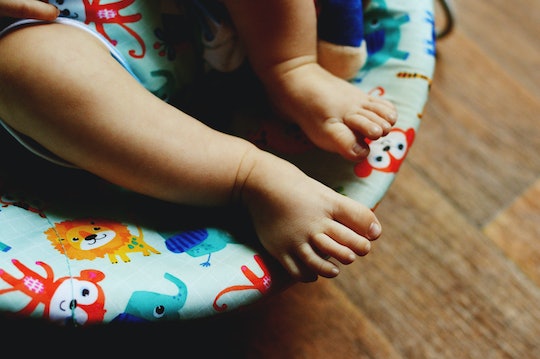 Growing safety concerns have pushed the U.S. Consumer Product Safety Commission (CPSC) to propose a ban on infant sleepers that, if approved, would remove any sleeper with a recline angle greater than 10 degrees from the market. The proposed change comes months after reports of infant fatalities led authorities to expand a recall on inclined infant sleepers in a precautionary effort to protect other babies from future injury or death.

"Based on subsequent information and events, CPSC staff is recommending that the Commission issue a supplemental notice of proposed rulemaking (Supplemental NPR), proposing to adopt the current ASTM standard for infant inclined sleep products, with modifications that would make the mandatory standard more stringent than the voluntary standard," a ballot vote sheet sent Thursday to CPSC members read. "The draft Supplemental NPR proposes to limit the seat back angle for sleep to 10 degrees or less, and to change the scope of the standard to cover products intended for infant sleep that are not already addressed by another standard." According to the ballot sheet, votes aren't due until Oct. 22.

As most inclined sleepers are designed with a recline angle greater than 10 degrees, CPSC's proposed rule change would ban most, if not all, models currently on the market, according to The Washington Post. Additionally, the rule would only allow sleepers with an angle of 10-degrees or less to be sold to consumers going forward. According to the paper, CPSC settled on an incline of 10 degrees after hiring Erin Mannen, an expert in infant biomechanics who works as an assistant professor of orthopedic surgery at the University of Arkansas for Medical Sciences, to study what led to infant deaths in inclined sleepers. Mannen found that suffocation risks disappeared at angles below 10 degrees, The Washington Post reported.

The American Academy of Pediatrics (AAP) was quick to applaud CPSC's proposed rule change and urged commission members to pass it, noting it would "remove dangerous inclined sleep products from the market." According to the AAP, inclined sleepers are reported to have caused 73 infant deaths.

"Pediatricians have long understood that there is no such thing as a safe inclined sleeper for babies, and we have been urging CPSC to put this evidence into meaningful action by issuing a new safety standard that does not allow an incline," a statement issued Thursday by the AAP read. "Yesterday, they did just that. We urge every commissioner to vote in favor of the new standard without delay, so that the agency can clear the marketplace of these deadly products."

On Thursday, the AAP reiterated that "the safest environment for a baby to sleep" is on their back on a flat and firm surface that is free from loose bedding and bumpers.

As Romper previously reported, a Consumer Report linking dozens of infant deaths to inclined sleepers spurred Fisher-Price to recall millions of its Rock 'n Play Sleepers in April, followed shortly by a Kids II recall of its Rocking Sleepers. In late July, recall efforts were expanded to include two inclined sleepers sold by Disney and Eddie Bauer.

It was unclear Friday when CPSC might announce if it had fully approved the proposed ban on inclined sleepers with angles greater than 10 degrees.