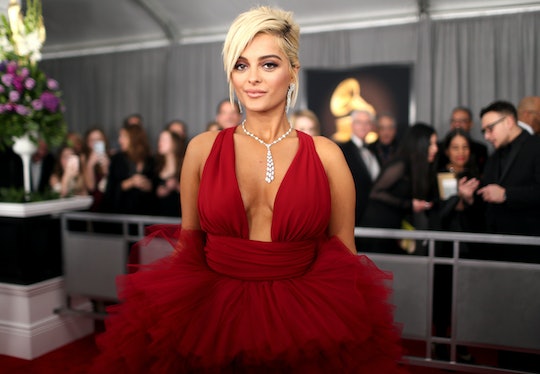 Bebe Rexha Did A Cover Of "Baby Shark" & Don't Worry Parents, It's Lovely

By now, parents to super young children are used to hearing "Baby Shark" at any hour during the day. You can't blame children for loving the song — it really is that catchy — but it is just a little annoying, especially after you've listened to it 15 times a day. Luckily, Grammy nominated singer Bebe Rexha's cover of "Baby Shark" is here to save the day, because she finally makes "Baby Shark" sound tolerable.

OK, so Rexha did not win the award for Best New Artist at the 2019 Grammy Awards this past Sunday. But, if she was nominated in a category for "Best Cover Of A Children's Song" Rexha would win all of the awards for her stunning rendition of "Baby Shark." Seriously.

On Thursday, Rexha took to Twitter where she shared a video of her singing the song that every single little kid has been hypnotized by. In the video, Rexha took a stripped down approach to her performance, choosing to let her powerful voice carry her amazing rendition (while she was accompanied by a guitar and drums). With the help of a guitar backing her up, Rexha sounds beautiful. It actually makes you want to voluntarily listen to "Baby Shark" for a second time — which is a huge deal.

"A very special song for you," Rexha wrote in her tweet.

Unfortunately, it seems as if this 35 second clip is all that fans are going to get of Rexha's very emotional "Baby Shark" rendition. She seems to have been playing around at rehearsal on Valentine's Day when she recorded the video of her singing it. So, it doesn't seem as if the cover will be available to download or be available to stream on Spotify. And this means there won't be an accompanying music video to replace the original "Baby Shark" music video.

But, if enough fans beg Rexha to release a full version, she might be tempted to do so. I mean, you can't deny that so many people would want a replacement for the original "Baby Shark" music video, which currently has more than 2 billion views on YouTube. She could pose as some serious competition if she wanted to.

But she's not the only celebrity to embrace the obsession with "Baby Shark." James Corden, host of The Late Late Show, got Josh Groban and Sophie Turner to do an incredible rendition of "Baby Shark" in October.

In January, Cardi B tweeted that her 6-month-old daughter was not only obsessed with her own music, but she is also into "the whole 'Baby Shark' mixtape," according to Billboard. A few days later, Cardi B took to Instagram, where she showed off her outfit while strutting to the very popular kid's song.

Imagine if Bebe Rexha and Cardi B teamed up to do a "Baby Shark" remix? That is one collaboration that I would love to see.

I'm sure other celebrities would appreciate a new rendition, too. Even Kylie Jenner is a fan of "Baby Shark" — she had the actual shark from the YouTube video perform at her daughter's first birthday party earlier this month. So it's likely that she'd definitely be a fan of a remix.

But this is all just wishful thinking. So, while parents wait for a better rendition of "Baby Shark" they can just keep on listening to Rexha's 30 second cover instead.