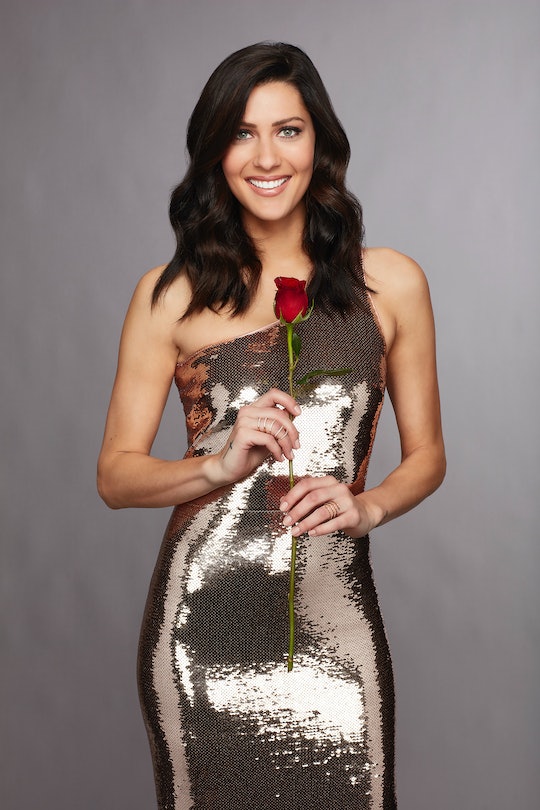 Much like death, taxes, and Becca Kufrin’s catchphrase of "Let’s do the damn thing," Season 14 of The Bachelorette is inevitable. Arie Luyendyk Jr. may have broken her heart on The Bachelor., but Becca seems more than ready to give love another shot. And now that ABC has released who Becca’s Bachelorette contestants are, we’re that much closer to getting to know all of her potential suitors while trying to figure out who will be bending the knee by the end of the season. Honestly, any one of these guys is probably going to be a better match for her than Arie was, but since Becca has clearly moved on, it’s time for us as fans to do the same. That's why it’s even more exciting to see who Becca’s contestants are and read up on their enlightening (and sometimes confusing) cast bios.

Fans already saw a handful of these guys appear on the After the Final Rose special back in March, but there are more than two dozen men to take a look at, get to know, and properly place in your Bachelorette fantasy league bracket. There are already some clear contenders who could win Becca’s heart. I might even be more excited for this particular season than any past seasons of Bachelor in Paradise — which is really saying something.

So without further adieu, it’s time to meet Becca’s Bachelorette contestants for Season 14, which were revealed by Chris Harrison on The Bachelorette Facebook Live page this week.