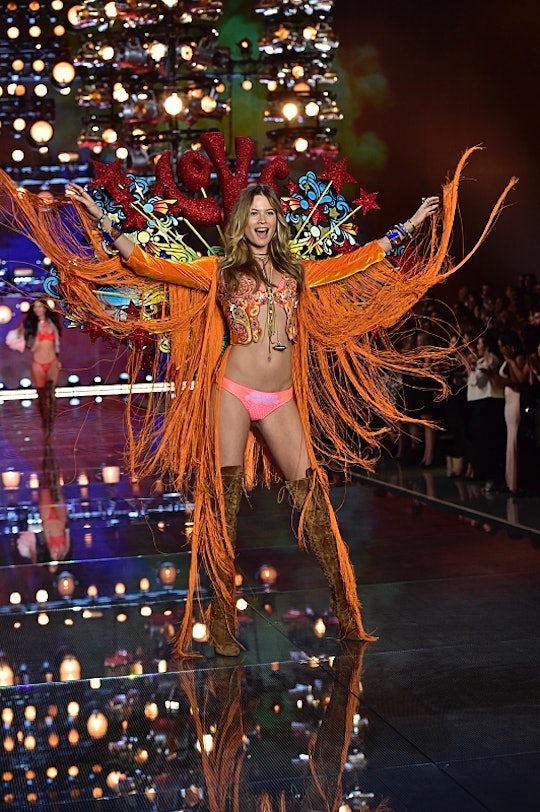 As eagerly as I was awaiting the first snaps from Tuesday night’s Victoria’s Secret Fashion Show, it’s been even more exciting to see all the behind-the-scenes photos on Instagram. And let’s just say that some of the shots have held up some major #lifegoals. From pre-show prep and beautiful outfit changes, to backstage hang-outs and celeb selfies (oh hey, Selena Gomez!), it’s hard not to scroll through your feed in awe of these ladies and their mega-glamorous lives — both on and off the runway.

This year marked veteran Victoria’s Secret Angel Behati Prinsloo’s seventh show, and also the second time in a row that she’s opened the show (making her the third model in VS history to do that). And if it weren’t already envy-inducing enough that the Namibian-born model is gorgeous and totally in-demand, she also happens to be Mrs. Adam Levine — and they are pretty much rock star/model couple perfection. Although Prinsloo usually has her husband in the audience for moral support (and adoration, natch), Levine was a no-show this year, as he was in L.A. filming The Voice. But he still made his dedication known through a post-show special delivery that Prinsloo made sure to document for her 2.6 million Instagram followers.

But he didn’t just stop at a giant floral display — he had roses strewn on the floor, leading to the main bouquet.

Aldridge posed in the pic with her own rock star hubby, Kings of Leon’s Caleb Followill, and looked gorgeous while doing it.

What I can't help thinking, though, looking at these photos, is what they don't reveal: all the work (and stress, and maybe even tears) getting to the Victoria’s Secret Fashion Show must take. It can't be easy. First, there’s the exercise and training, because wearing next-to-nothing in front of millions of people would make almost anyone self-conscious, no matter your body type. And then there’s the rejection (Gigi Hadid was turned down twice before she got the job this year), not to mention the crazy nerves and anxiety of actually walking down the runway if you do make it. Having to work so hard and obsess over your looks to vie for one of modelling’s most competitive gigs kind of makes me grateful that all I had to do last night was chill on the couch with Netflix and a glass of wine.

The Victoria’s Secret Fashion Show may be the ultimate in social media guilty pleasures, but it's also worthwhile to acknowledge what goes into it. We might not all have famous spouses and houses full of roses, but at least we can eat pizza guilt-free — and guilt-free pizza is basically just as great, right?