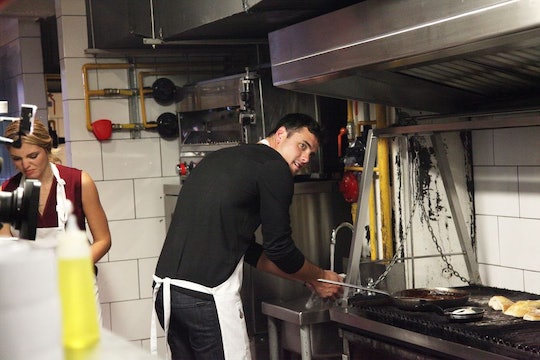 Ben Higgins Woke The Bachelor Contestants Up At 4:30 A.M. & Twitter Had One Main Reaction

The Bachelor is big on creative date ideas, but when Ben Higgins woke the Bachelor contestants up at 4:30 a.m. in Mexico City to kick off his one-on-one date with Amanda, both the women and viewers had a lot to say about it. First of all, 4:30 A.M. HOW RUDE. I mean, dude even had a flashlight. Secondly, why do so many women have to sleep in each room? Yes, it's the Four Seasons, so in theory they can't complain, but they're not 12. Thirdly, how do these women still look so lovely so early in the morning?

Bachelor one-on-one dates are known for being exotic. Remember the hot tub in the middle of that random field where he took Lauren B in a biplane? Or the helicopter he took Jubilee up in or the fireworks in Vegas for JoJo? The list goes on and on and on. So why not start Amanda's one-on-one date with the most exotic entrance of all — barging into the room of unsuspecting sleeping women (many of whom refer to Ben as their boyfriend or the guy they're dating — discuss...) and waving a flashlight in their faces.

The women were, naturally, surprised. Olivia was concerned about her dragon breath. Others worried about how they looked (which they definitely didn't need to, considering they looked amazingly good for the ungodly hour). But Twitter was pretty much unanimous: YOU DO NOT WAKE ANYONE UP AT 4:30 A.M.: