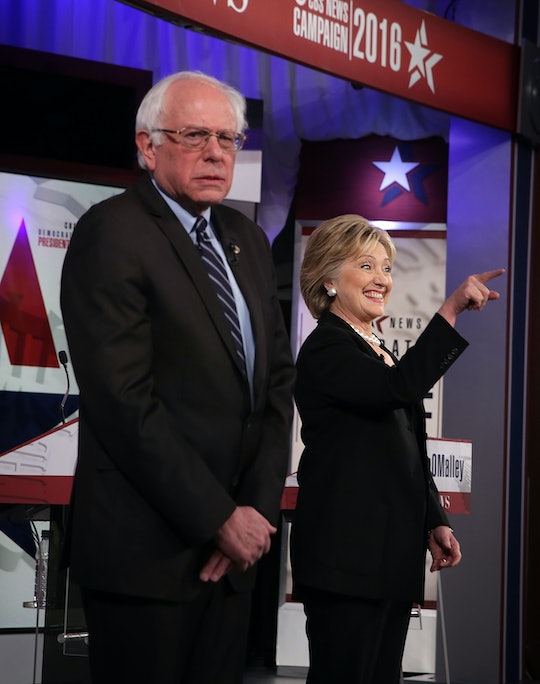 The terrorist attacks in Paris Friday night have shifted national attention to international politics and national security, and, according to a source via CNN, a strategist in Sanders' campaign "threw a fit" about the redirection of the debate.

The source claimed the aide argued with CBS executives over last-minute changes to Saturday's Democratic debate. According to Yahoo News, CBS executives held a conference call Saturday morning with representatives from the three campaigns to alert everyone that the debate questions would now focus more on terrorism, foreign policy, and national security in the wake of the attacks. The unnamed staffer claims that Mark Longabaugh, a Sanders strategist, argued with CBS News Vice President Christopher Isham over the proposed changes. The staffer recounted the conversation in detail to CNN:

Once CBS informed the campaigns the debate was going to kick off with a focus on the attacks in Paris last night, [Longabaugh] completely lost it. He threw a fit for several minutes.

It was a little bit of a bizarre scene. The Sanders representative, you know, really laid into CBS and basically … kind of threw, like, a little bit of a fit and said, ‘You are trying to turn this into a foreign policy debate. That’s not what any of us agreed to. How can you change the terms of the debate, you know, on the day of the debate. That’s not right.’

But a debate coordinator for the DNC told CNN that the Sanders aide's anger wasn't attached to the redirection of the debate to focus on the Paris attacks, but rather the fact that CBS allegedly wanted to downsize the opening statement. When CBS executives proposed that they shorten the opening statements from 90 to 30 seconds per candidate, the Sanders campaign reportedly argued against the change. And according to reports, they prevailed, and a longer opening was maintained during Saturday's debate.

The second Democratic debate, which aired Saturday on CBS, included the three remaining democratic presidential candidates: Sanders, Hillary Clinton, and Maryland Gov. Martin O'Malley. As a former Secretary of State, Clinton is arguably more adept than Sanders at debating matter of foreign policy, which could be the impetus for the Sanders campaign allegedly disapproving of the changes. Still, Jeff Weaver, Sanders' campaign manager, told CNN that while Clinton has "far more experience" in foreign policy, "if you look at who has the judgment on foreign policy, we will see who prevails."

Still, shortly before the debate started, a spokesperson for the Sanders campaign confirmed that Sanders representatives disagreed with some of the changes to the debate format. But a spokesperson told a New York Times reporter that the rival campaign is making a "mountain out of a molehill."

Though the events in Paris have shifted the focus of tonight's Democratic debate, this doesn't mean that other topics are being neglected. According to Rolling Stone, the sequencing of the debate topics had been re-ordered, but all original topics were still covered. Either way, Sanders is prepared. According to Weaver, Sanders readied himself on Saturday morning for questions related to the Paris attacks.

And indeed, Sanders responded with confidence to the opening questions about terrorism, remarking that "this is a war for the soul of Islam," and courageously keeping it real by reminding viewers that the U.S. invasion of Iraq in 2001 had consequences.