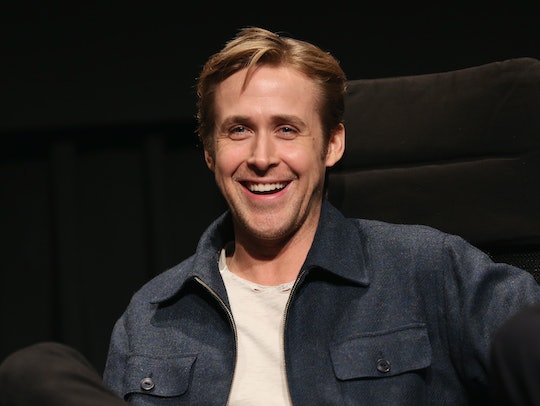 Word to the wise: If you're living in Hollywood and don't want to get pregnant... don't drink the water! These days it seems most of the big news out of Tinseltown is about babies — lots and lots of babies. Remember way back when the gossip was always about things like drug rehab or sex addiction or massive diva temper tantrums? Nowadays, Hollywood is all about getting pregnant. Within the last 24 hours four celebrity pregnancies have been announced, and one of those announcements came from longtime couple Eva Mendes and Ryan Gosling. Naturally, the Twittersphere lit up with Ryan Gosling baby memes and jokes. Some of us have to find a way to deal with the pain of knowing Gosling will never be ours, you know?

This will be baby number two for Mendes and Gosling. The couple have been together since they filmed The Place Beyond The Pines back in 2011. Their first child, Esmeralda, is 19 months old. The longtime couple have yet to confirm the second pregnancy, but sources spotted Mendes covering up a baby bump during a photoshoot back in February, and the rumors began to fly.

Mendes has been away from the acting scene for awhile, taking a break to raise little Esmeralda (and by the way, sort of loving that name). Apparently, the mom of one (and soon, two) is really digging the whole motherhood thing too: Back in October she told The Today Show,

If I’m even like, ‘Oh, what should I wear? Or, should I do this project? All I have to think about is my daughter and her face, and I know the answer immediately. She’s my moral compass in a way.

While fans have been mostly happy for the couple to have another baby, some have been a little disappointed. Heartbroken, even.

Naturally, it would have been hard enough for most dedicated fangirls to hear that The Notebook heartthrob Gosling was having another baby, further cementing his relationship with gorgeous Eva Mendes. But fans were also hit with the news on Thursday that another beautiful Ryan, Deadpool's Reynolds that is, will be welcoming his second child with his own terrifyingly beautiful wife, Blake Lively, further shattering the hopes and dreams of women under the age of 90 across the world. It was simply too much for some:

There is another way to look at this, you guys. Don't think of it as two more gorgeous, funny, intelligent, sensitive, Canadian (sorry, I had to) men off the market. Think of congratulating your fellow ladies for jobs well done, right? It might also be pertinent to remember that two fairly wonderful female specimens are off the market too. Food for thought.

Whether you are heartbroken, elated, or disappointed by the news, there's one thing at least that we can all agree on: Baby news is way better than rehab news, yes? Congratulations to the happy couple(s)!