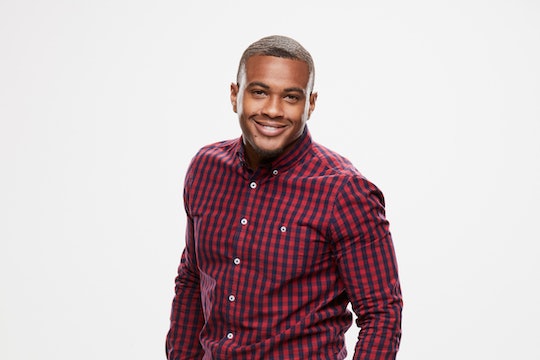 Everyone Agrees "Gr8ful" On 'Big Brother' Needs To Go

Big Brother trends haven't changed much in the 20-ish years the show has been on the air — including the tendency for male-dominated alpha alliances to win in the end. For a change I would love to watch an all-female alliance dominate the game, and Big Brother predictions on Twitter prove that fans agree with me. It seems that no one is feeling any love for the biggest alliance in the house, "Gr8ful."

As the spelling suggests, the group consists of eight players: Jack, Nick, Jackson ("Michie"), Tommy, Christie, Bella, Holly, and Analyse. It includes women, but men are making majority of the decisions and Twitter is not feeling it at all (with the possible exceptions of Tommy and Nick). The general consensus is that Big Brother fans would love to see this mega alliance crash and burn. It's a pretty safe bet to say that one of the other Season 21 houseguests will win "America's Favorite Player" this year, and I don't blame viewers who are letting out all of the frustrated feels on Twitter.

Jack and Michie aren't favorites because of some racist and misogynist comments they've made about fellow contestants captured on live feeds, as well as their power trips. But people have really good ideas about who they want back in the house.

David was banished and then lost a competition to get back in the house, so he was evicted. But people on Twitter want him back in the house badly, and think that if he makes it back he has what it takes to get really far in the game.

Of course, I'm still holding out hope that a lady will take all the power this year, but Twitter seems to agree that something needs to change if that's going to happen.

I'll just be over in my prayer circle lighting candles in hopes that someone Gr8tful is targeting gets power soon. But I don't think there is much need to panic just yet. This alliance formed so fast that no one really knows if they can trust each other. Big alliances usually crash and burn unless they are controlled by someone who knows the game really well.

Jack thinks he has the most power right now, and he already admitted in interviews that he doesn't know the game very well. He said he's a new fan of the show and he doesn't lie very well. He told ET Online, "I wish I could say that I was [a good liar] but I'm really not." Personally, Jack confuses me, makes me angry and is a bad leader. So, I think his alliance will dissolve soon and the powers that be at Big Brother agree with me.

Big Brother executive producer Allison Grodner also said she doesn't think Gr8ful will last long in an interview with Entertainment Weekly. "Eight is ridiculous because it has never lasted. It is too many people to put trust in before really getting to know them." She added, "there are already cracks showing in Gr8tful, so it will be interesting to see how far they go."

So I wouldn't give up hope just yet. Keep your fingers crossed and the positive tweets for the outsiders going.