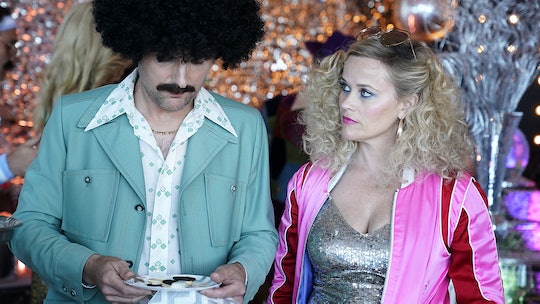 If you're like me, you've probably been thinking about your Halloween costume since Nov. 1 of last year. But for those of you who aren't quite as jazzed, don't worry. Pumpkin spice season just started, which means there's still plenty of time to find inspiration — for you and your kids. Although most parents might brainstorm ideas surrounding children's TV, you could go with something more your speed, such as Big Little Lies. The HBO drama has been on everyone's mind since it wrapped its second season, and quite frankly, Big Little Lies Halloween costumes are surprisingly easy to make. So basically, it's a win-win situation for you.

Whether they're bundling up for a coffee date, dressing up for a fundraiser, or making a big play in a murder mystery, the women of Monterey know fashion. Big Little Lies costume designer, Alix Friedberg, has done a phenomenal job portraying emotions and traits of the characters in their clothing — she even won an Emmy for her work in Season 1. That said, the Monterey Five — Madeline (Reese Witherspoon), Celeste (Nicole Kidman), Jane (Shailene Woodley), Bonnie (Zoe Kravitz), and Renata (Laura Dern) — continue to serve power outfits every chance they get, and they do it all in a cozy cardigan by the beach. But enough talk from me. It's time for you to recreate some of Friedberg's looks. So without further adieu, here are a few Halloween costumes inspired by Big little Lies.