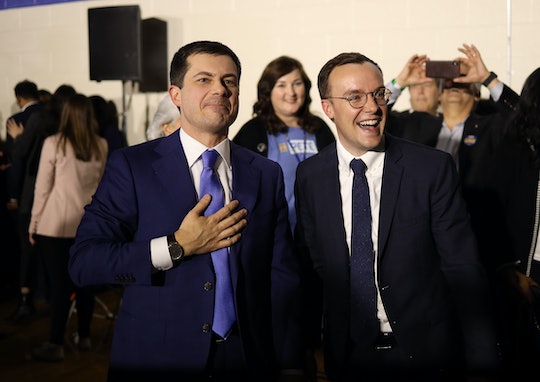 It seems there are actually some people who are unhappy about the fact that there is a gay Democratic presidential candidate and don't want their kids to hear about it. An Iowa bill would forbid teachers from saying Pete Buttigieg is gay because it is supposedly considered a "controversial topic."

The Democratic presidential candidate and former mayor of South Bend, Indiana has made history as the first openly gay candidate ever. Which seems as though it might be an interesting talking point for students learning about politics and history and just about anything else. Apparently not everyone agrees. A new proposed law, which has been co-sponsored by 13 Republican congressmen in the state of Iowa, House File 2201, would see teachers banned from discussing sexual orientation or gender identity without first notifying parents. As it stands right now, in the state of Iowa parents can opt out of discussions about human development in health classes only. This law would see a ban on "“any program, curriculum, material, test, survey, questionnaire, activity, announcement, promotion or instruction of any kind.” If passed, this law would mean that any historical person from the past or present who might have been LGBTQ cannot be discussed before parents are notified, as per a report by The Hill.

Buttigieg's sexual orientation has certainly been a topic of conversation for Republican right wing critics, perhaps most notably by Rush Limbaugh (who has been relentless in his attacks on Buttigieg for kissing his husband Chasten Glezman on stage, according to LGBTQ Nation). Much like straight candidates would do to celebrate with their own partners, in fact. The presidential candidate has also been the subject of criticism by religious groups despite being the only Democratic presidential candidate to discuss his Christian faith, as per CNN.

The fact is that Bittigieg's sexual orientation is a part of his campaign, whether he is making it a central subject or not. And, as Iowa Association of School Boards lobbyist Emily Piper told The Des Moines Register, it is a topic of importance for this year's election: "What if we’re having a discussion on current events and there’s a presidential candidate — somebody who’s running for the nomination — who’s gay? Can we not have that conversation in a government class, then, without first notifying the parents and allowing them to withdraw their child from the class?”

If this law is passed it could effectively erase the struggles with discrimination many historical LGBTQ figures had to deal with in their journey, which would mean students might only learn half the story.

What a disservice that would be.