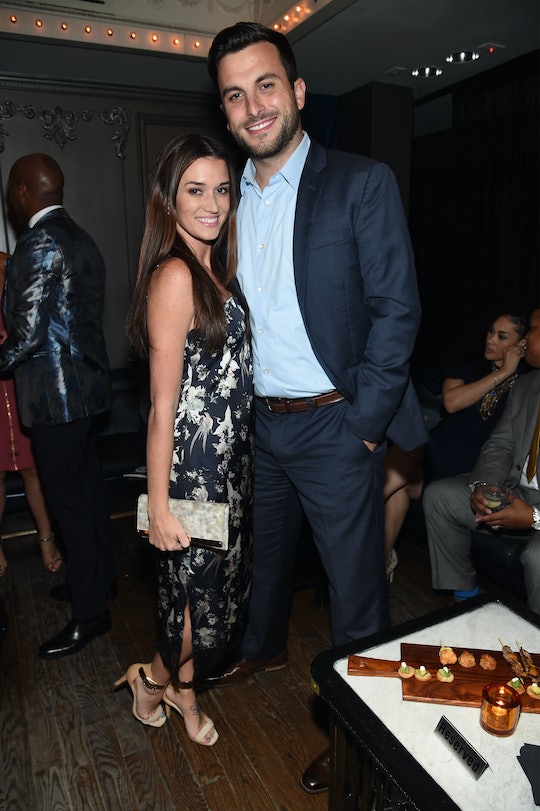 Jade Roper Tolbert's Story About Her Baby's Poopsplosion Will Make Moms Say "Yup, Been There"

No matter how strict of a sleeping and eating schedule you get your infant on, there's no way to predict when they will surprise you with a dreaded diaper blowout. Poopsplosions always seem to happen at the worst times —but with a good attitude, they can turn into a funny (albeit gross) memory. Bachelor in Paradise alum and Instagrammer extraordinaire Jade Roper Tolbert recently experienced an absolutely horrific blowout from her daughter. She shared a video of her hilarious discovery on her Instagram story — and the video will have you laughing out loud.

On Tuesday, Tolbert was enjoying a sandwich while letting her 5-month-old baby Emerson have a couple minutes of solo tummy time. Suddenly, Tolbert heard a sound that parents know all too well. She turned around, and Emerson's bowels had positively exploded all over the front of her onesie. "So I was eating my lunch, and Emerson was doing tummy time, and I heard a nice big shart," Tolbert says in the video. "And.... here it is, this is what happens when your baby poops during tummy time!" She's holding Emerson up in the Insta video, with her poopspolosion fully visible. Emerson clearly has no idea what she did, because she has an adorably innocent and oh so happy look on her face.

Proceed with caution when viewing the following screenshart:

The reason Emerson had such a blowout may have to do with her new diet of solid foods. "Gotta clean this kid up (introducing solids is a WHOLE new poop game)," Tolbert captioned the Insta story. It's pretty common for babies' pooping habits to change as their diet changes. A mostly breastfed baby's poop will often harden as they begin eating solid foods, and a mostly formula-fed baby's poop will soften as they start consuming solid foods, according to Parents.com. The website also notes that babies tend to poop more often once solid foods are a part of their diet. Basically, predicting a diaper blowout becomes even harder once your baby is eating solid foods, and all you can do is roll with it.

And speaking of solid foods, the worst part of the blowout was yet to come: As Tolbert ran over to Emerson, her dog got to her lunch. "And now my dog is eating my sandwich on the floor," Tolbert said at the end of the video. "Not even mad about the diaper, but mostly upset this guy stole my sandwich and inhaled it." Jade, it sounds like you deserve to order yourself some Seamless for lunch today.

Tolbert has used Instagram to document the past five months of motherhood — and as with many other celebrities, some of her posts have faced backlash. Over the weekend, fans criticized Tolbert for posting a photo of herself snuggling with Emerson post-breastfeeding. Many followers thought the picture seemed staged and unrealistic. Tolbert responded to the drama in her Instagram story, explaining why the photo may have appeared that way. According to People, she told fans:

I had some comments about the picture I posted of me and Emerson after I was breastfeeding and people telling me they don’t look like that when they breastfeed and that I was setting up a standard that was impossible to live up to.

She continued by explaining that she is a real mother, just like many of her followers:

...but that was literally right after I had fed her and she had fallen asleep on me and we do have those moments where we snuggle so I don’t get what’s so unreal about it. If you guys feel like I’m portraying some kind of falsehood of motherhood, this is my real life ... I’ve already used my shirt as a spit-up rag. I have clothes everywhere that have not been washed.

Criticizing a mother for the way she looks when caring for her baby is never OK, and hopefully Tolbert's fans will keep that in mind next time she shares a photo — or a poopsplosion video.