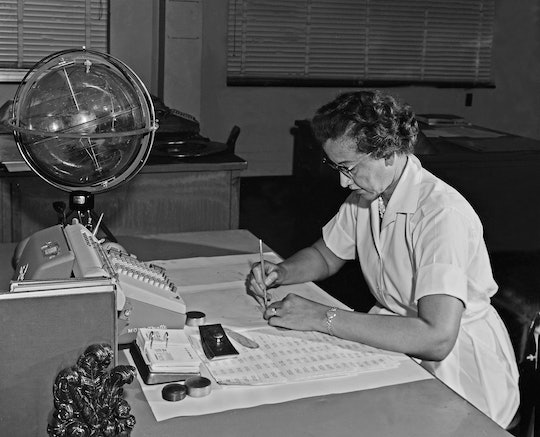 Since 1976, February's officially the month to celebrate the historic triumphs and incredible contributions of African Americans to society. In most schools across the United States, February is filled with lessons on individuals and historic movements, but what teachers want you to know about Black History Month is bigger than you think. Romper spoke with teachers who are impassioned about what should be taught in schools and at home when it comes to this special month.

One of the most important lessons? “It's important that teaching black history doesn't end when March 1 comes," Khristi Adams, a teacher, advocate, speaker, school chaplain, and author of the upcoming book, Parable of the Brown Girl: The Sacred Lives of Girls of Color tells Romper in an email interview. "It should be embedded in every aspect of education," she says. "Black history does not begin with slavery — there’s an entire history that extends prior to the Transatlantic Slave Trade.” Adams adds it’s also crucial to focus on both men and women when studying important figures.

Traci Dennis, a professorial lecturer in the School of Education at American University agrees that there’s so much more to black history than the typical narrative, telling Romper, “I think the most important things for teachers to know about teaching Black History Month is that there are more stories than slavery, pain, and despair, but many varied stories of joy, triumph, and hope, and we need to be careful not to reduce Black History Month to a single story of slavery.”

“The experiences, lives and contributions of black people to the American landscape should not be erased. It is not just black history, it is American history,” Adams says.

Another thing teachers want you to know: Black History Month is about more more than the same three figures we hear about every year. Ashly Benford, an ESOL teacher for students in third through fifth grade says everyone always talks about Martin Luther King, Jr., Rosa Parks, and Harriet Tubman — who are definitely amazing and noteworthy. However, some of Benford’s other favorite people to discuss during Black History Month include Sojourner Truth, Madame CJ Walker, Fannie Lou Hamer, Coretta Scott King, Mary McLeod Bethune, W. E. B. DuBois, Booker T. Washington, and Marcus Garvey.

“I believe that teachers should extensively research subjects and people to teach during Black History Month so that students are exposed to varied and diverse stories," Dennis says. "A perfect example is Hidden Figures. The contributions of these brilliant scholars were not made available to students and that does a huge disservice to black girls and black students overall who are interested in STEM."

“Then there are also the Tuskegee Airmen, Nelson Mandela, Kweisi Mfumme, Charles Drew, Benjamin Banneker, George Washington Carver, and Thurgood Marshall,” Benford says. “I have recently learned about Katherine Johnson and the incredible women who helped out at NASA. But two of my favorite figures are Sophia B. Packard and Harriet E Giles [the founders of Spelman College]."

Adams also mentions teaching students about August Wilson, who contributed to American theater and “creatively and accurately depicted Black life,” along with Ida B. Wells, who had a successful journalism career and “also refused to give up her seat on a train, long before Rosa Parks, and was dragged off the train by white men as a result. She later sued the railroad company and won! In the 1800s!” Adams also adds, “James Cone because of his contributions to theology by centering the marginalized and oppressed through his black liberation theology."

For Benford, teaching students about black history during Black History Month is important for the same reason learning history is important. “You have to know where you are from to know where you are going," she says. '"In order to continue to 'grow, progress, and change,' as my father used to say, we have to study the past to gleam the good and learn from the mistakes. For so long, blacks were left out of the history books except for footnotes about slavery and a few amendments. African Americans were left feeling unimportant and demoralized — Black History Month celebrates us and gives future generations the chance to learn the whole picture of history."