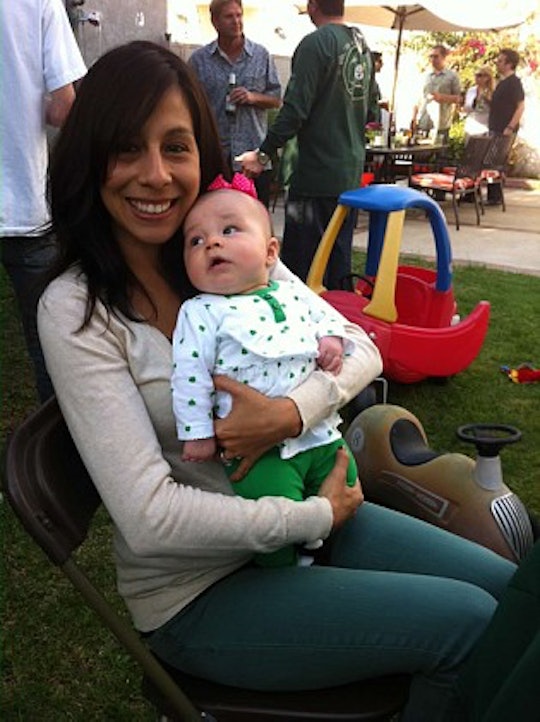 Breastfeeding After My C-Section Was Amazing

Recovering from childbirth is never easy. Having had an emergency C-section and then a vaginal birth after C-section (VBAC), I truly understand how difficult both delivery methods can be on a woman’s body. Both hurt like hell, and the recoveries were uncomfortable in their own ways. Recovering from a c-section was definitely more difficult for me than recovery after a vaginal birth, mainly because I was not prepared for a C-section. But I will say that breastfeeding after my C-section made my recovery so much easier.

My experience seems to be pretty common among moms who breastfeed after a caesarean. According to a recent study, researchers from Spain determined that breastfeeding for more than two months after a c-section actually helped alleviate new moms' pain. In fact, moms who nursed for more than two months reported experiencing less pain than moms who stopped nursing before two months. Thankfully, I was able to nurse my daughter for several months, even though there were times when I all I wanted to do was give up and formula feed. And I can honestly say that it made my recovery a lot better.

Getting started with breastfeeding was especially tough after my c-section, because finding a comfortable feeding position for myself and my daughter took several tries. It was painful to hold her across my stomach, because just trying to sit up after a c-section hurt like hell. But when we both settled on the football hold, which is recommended to moms who have just had c-sections, nursing her actually felt incredibly soothing. OK, it took a few bad latches and then the sore and raw nipples that followed for us to get to that point, but for the most part, nursing my daughter was kinda enjoyable. Once I got over the anxiety of asking myself whether or not she latched on correctly, or whether she was getting enough milk, it was so calming to have my daughter close to me.

Breastfeeding after my c-section forced me to listen to my body and take the time to simply sit and nurse my baby.

That said, the contractions that hit me every time I nursed for those first few days were painful AF. The only way to make myself feel better was to remember that each contraction was helping my uterus to get back to its usual size – and hopefully it was pulling my now-vacated baby bump back to an almost-able-to-squeeze-back-into–my-skinny-jeans sized stomach.

Breastfeeding and walking after my C-section were both really important to making my recovery easier. I spent a significant amount of time nursing my daughter in bed and on the couch those first few weeks. Of course, there were days when the last thing I wanted to do was sit down for 40 minutes and nurse when there was laundry to wash and I really could use a shower, but that time spent with my daughter also meant I could take a break from rushing around the house trying to do chores before she started fussing. That much-needed time essentially gave my body a break. I was nourishing my infant, but I was not overexerting myself by lifting heavy things like a carseat or trying to go for a really long power walk.

Bringing a baby home for the first time was both exhilarating and totally terrifying. Breastfeeding not only helped me feel closer to my newborn, it also allowed me to take the time to relax and focus just on her, instead of the 500 other errands I had to run. I really didn’t have a choice — after all, my daughter was hangry and needed to eat — but I believe that nursing alleviated my pain and helped me get recover from my C-section, because it forced me to listen to my body and take time to simply sit and nurse my baby.