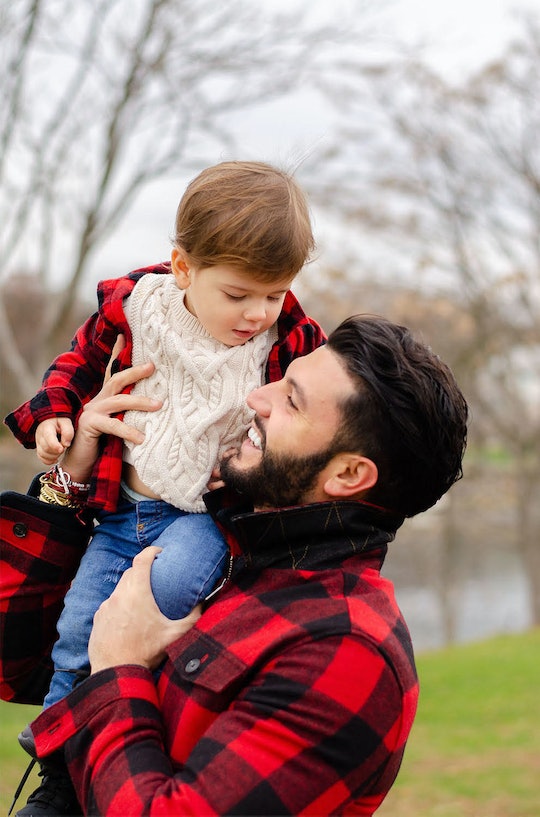 Growing up I had an amazing relationship with the perfect role model, my father. I was truly blessed to have this man in my life leading our family of five, through good times and bad. As I got older I would say to myself, “I want to be just like that.” But unfortunately, after multiple failed attempts to get my wife pregnant, those dreams seemed out of sight.

As I got into my late 20s and early 30s, I would hear stories about people going through fertility issues from time to time, but never heard about or really looked at IVF from a man’s perspective. Now that me and my wife, Chloe Melas, are expecting our second child via IVF, I feel it is my responsibility to bring awareness to a topic that isn’t so easy to talk about, and one that is too often left for women to prise open.

When our journey started, my wife and I were in the same chapter but not on the same page when it came to having kids. She wanted kids just a year after we got married, but I wasn’t ready. I’m the co-founder of The Ainsworth, an upscale sports-bar chain, and I was opening up restaurant after restaurant. My wife had started to pick up major steam in her journalism career and we were having a blast going out, traveling the world, and living free. I didn’t want that to end, but I knew I wanted to be a father — so we eventually decided to take the next step in our marriage and start a family.

I never thought I wouldn’t be able to get my wife pregnant naturally… ever! I was not only destroyed for her, but for my sense of self. I would look at myself in the mirror and not feel like a man. After seven months of trying the good ole fashioned way, we went to see a doctor, then another, and then, finally, a fertility specialist. It was then that my wife discovered she had something called low ovarian egg reserve, and I learned that my swimmers just weren’t as robust as I’d hoped. To be frank: I had a low sperm count.

This wasn’t the way we expected to start our family, but life doesn't always go the way you think it will.

Right away I went into defense mode because I thought, “This doesn’t happen to someone who really takes great pride in being healthy.” I’ve played soccer for as long as I can remember and I even went on to play Division I soccer at the University of Rhode Island. To say I’m passionate about health and fitness is an understatement, so this was a big blow.

In nearly all of our doctor appointments my fitness regime became a constant topic — we could discuss everything from my intense daily workouts, to my compression pants, to the tightness of my boxer briefs, and even my coffee consumption. Anything that could even remotely be contributing to my low sperm count was officially on the table and up for debate.

To make matters worse, my relationship with my wife began to suffer because I felt like I was letting her down. Her dream of having a family was delayed, and the continual doctors’ appointments led to failed intrauterine insemination (IUI) attempts, and then led to a lot of fighting — but, if I’m being honest, it was because we were both scared. We were scared of the unknown and the complicated road which we were embarking on. This was something neither of us were prepared for. We didn’t want the end result to be IVF. We actually felt like it was our enemy, a word we didn’t even want to utter. But eventually we came to realize that IVF would (and did) save us. It was the answer to our problems, and the beginning of the family my wife and I had both been dreaming about.

I never thought I wouldn’t be able to get my wife pregnant naturally… ever! I was not only destroyed for her, but for my sense of self. I would look at myself in the mirror and not feel like a man.

I made a promise to my wife that I would attend every (nearly daily) morning doctors’ appointments to monitor her follicle growth, as well as be there for her nightly shots of hormones leading up to her egg retrieval. When the day finally came for her surgery, you could have cut the tension with a knife because there were only two outcomes — and the positive one seemed nearly unreachable at this point.

The next few days following her surgery were equally a nightmare while we waited day after day to hear how our embryos were doing. Each call we received made it all the more bleak. After everything, we ended up with just one viable embryo, and luckily it was as close to perfect as you could get. We decided to do a three-day transfer instead of risking waiting until day five. Day 5 means you can freeze it and send it off for genetic testing, so we knew that we were taking a risk. But after everything, this risk felt more than worth it. And we weren’t wrong.

Two weeks later, I was in Brooklyn looking at a potential location for a venue when I received a text from my wife. It was a photo showing two pregnancy tests that were positive. I will never forget the feeling that came over my body, because my dream of being a father was finally becoming a reality.

We still had a long road ahead, with a couple of scares along the way, but we stuck together and fought hard as a unit for our family. Having our son, Leo, was a miracle, and something that taught us a lot about life so young in our marriage. This wasn’t the way we expected to start our family, but life doesn't always go the way you think it will.

Now just a little over two years since going through out first IVF process, we are pregnant with our second son. We also went through IVF for this miracle baby, and ironically ended up in the same situation with just one good quality embryo and a three-day transfer! I realize that we are incredibly lucky to not only have had IVF work with us on our very first try, but our second, too. Had IVF not worked, we would have looked into surrogacy or even adoption — because nothing was going to stop us from having the family we both dreamed of.

This story has a great ending, but there was a point in my life when I didn’t think I would have the opportunity to tell it at all. My story is for all the fathers out there and the fathers to be. I want you to know that we are all in this together. We shouldn’t feel ashamed or insecure of our issues when we hear our friends talking about getting their partners pregnant. Take a deep breath and remember that fertility issues are common in both men and women. These issues do not make you less of a person and, if you're lucky like my family was, they will make you even stronger.

Editor’s Note: Out of 100 couples in the United States, 12 to 13 have trouble conceiving naturally, according to the U.S. Department of Health & Human Services. At least one-third of infertility issues are due to fertility problems in men.