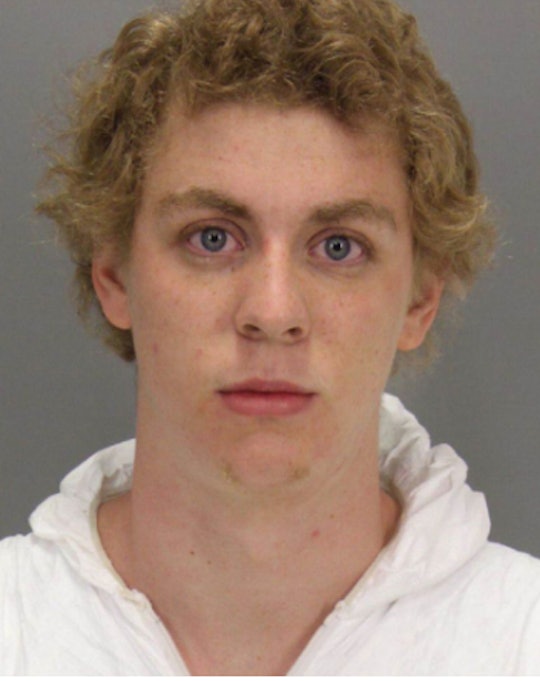 Brock Turner Is Being Released From Prison Early & Yes, You Should Be Mad

In what can only be described as an unsurprising outcome for the former Stanford University student – considering his light sentencing in the first place – Brock Turner is being released from prison early, and yes you should be mad. The 20-year-old was convicted of sexual assault on an unconscious woman, and was sentenced to six months in jail back in June. His early release is just another way his white male privilege has benefited him since the attack last year.

Back in June, Turner's 23-year-old victim released a statement detailing the night she was sexually assaulted while unconscious; According to reports the incident occurred after midnight on Jan. 18, 2015. Two Stanford graduate students said they witnessed Turner sexually assault the victim behind a dumpster outside a campus Fraternity party. Carl-Fredrik Arndt and Lars Peter Jonsson, stopped Turner, chased after him (Turner then reportedly tried running away), and pinned him down until police arrived, according to court documents. The victim was found on the ground, her underwear on the ground nearby, and her dress pulled up. She was breathing but unresponsive.

In a testimony in court, Jonsson said he noticed Turner was smiling after they intervened, according to court documents obtained by the Guardian. "I noticed that he was smiling," Jonsson said. "So I said, ‘Why are you smiling? Stop smiling,' … I said, again, ‘What are you doing? She’s unconscious.’”

In response to Jonsson, Turner reportedly said in court, "I was laughing at the situation of how ridiculous it was," the Guardian reported.

Ridiculous? The assault wasn't just ridiculous — it was totally unspeakable and horrific. Turner's victim was unconscious, and he sexually penetrated her without consent. And it's a crime that will forever affect his victim, the survivor.

Turner's mugshot wasn't released to the public until this past June, after months of requests for its release. People of color don't typically experience Turner's privilege — of not having their mugshots or other incriminating photos released to the public (and then distributed throughout the mass media). In fact, black victims have far too often had incriminating photos and depictions blasted through TV networks.

But in Turner's case, he was painted as a promising college-swimmer with aspirations of going to the Olympics. He could have faced up to 14 years in prison but Judge Aaron Persky feared such sentence would have a "severe impact" on Turner, who he insisted, "will not be a danger to others." He was given a light sentence for a horrific crime, and as suspected, he will not even serve the full term.

College campuses continue to suffer troubling rape statistics, with one study by the Journal of Adolescent Health revealing that one in five women were victims of rape or attempted rape during their freshman year of college, the Huffington Post reported. What's more, a Justice Department report revealed that only about 20 percent of sexual assault victims report the attacks to authorities, PBS reported.

The statistics are disturbing, and people like Turner are dangerous. But considering the sexism and misogyny Turner's victim endured during the trial —Turner's father referred to his son's rape as "20 minutes of action" – it's no wonder why systemically, rape cases are hardly brought to trial. Rape culture continues to run rampant.

Turner represents the dangers of white male privilege in America, and his early release is just another slap in the face. His case continues to be problematic and dangerous.