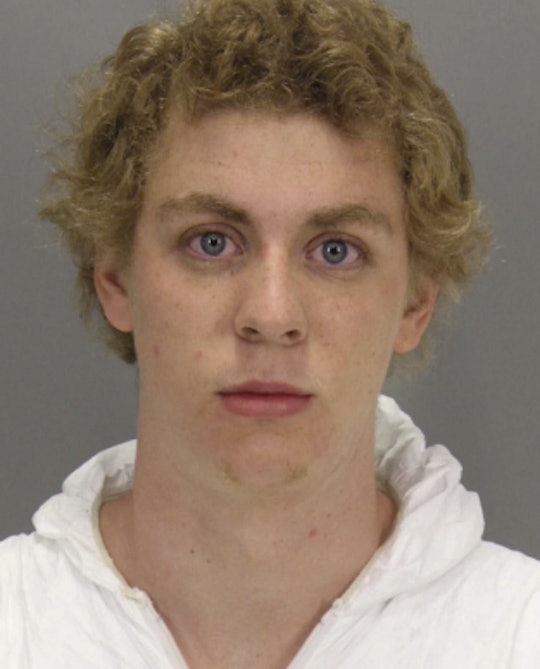 I can’t quite describe my initial reaction to reading that Brock Turner, a man who was convicted of sexually assaulting a fully unconscious woman behind a dumpster, was let off with a slap-on-the-wrist sentence considering he raped an unconscious woman. Turner is a 20-year-old white male student at one of the nation’s most prestigious universities. Stanford University is a private university in Palo Alto, California — an area that hosts Silicon Valley, home to some of the world’s largest and most influential tech giants — and a stark representation of what heavily white male-dominated thriving workforces in America looks like. White male privilege was cultivated, is deep-rooted in America’s history, and was literally surrounding Turner at his Palo Alto-area university. So, here’s a breakdown of how Brock Turner exemplifies every aspect of white male privilege in America.

I’d like to say I was surprised that Turner got a six-month jail sentence, with the possibility of only serving three months for good behavior. But as a black woman who recognizes that white privilege, white male privilege, and rape culture continues to prevail in American systems, I can only say I felt frustrated beyond belief to read another story about how white male privilege has reared its ugly head. And Turner’s case of privilege was executed in one of the most historically impactful ways: the criminal justice system.

Turner's 23-year-old unidentified victim provided a powerful and painful statement detailing the night Turner attacked her, and, in the courtroom, Turner's attorney attempted to silence her, discredit her, and tactfully aim to exploit every aspect of her personal life. Every last word of her statement deserves to be carefully read, you can find her full statement here.

In the victim's 12-page statement, she shared the moment she learned exactly what happened to her the night Turner raped her behind a dumpster after a campus fraternity party at Stanford on January 18, 2015:

One day, I was at work, scrolling through the news on my phone, and came across an article. In it, I read and learned for the first time about how I was found unconscious, with my hair disheveled, long necklace wrapped around my neck, bra pulled out of my dress, dress pulled off over my shoulders and pulled above my waist, that I was butt naked all the way down to my boots, legs spread apart, and had been penetrated by a foreign object by someone I did not recognize. This was how I learned what happened to me, sitting at my desk reading the news at work.

Two Stanford graduate students, Carl-Fredrik Arndt and Lars Peter Jonsson, caught Turner sexually assaulting the unconscious victim. They stopped him, chased after him (after the criminal tried running away), and pinned him down until the police arrived. Arndt and Jonsson were eyewitnesses in Turner's attack — an attack that could have very well gone without an arrest, as many rape cases do. But even the graduate students' very appropriate and praiseworthy actions — and their eyewitness accounts — could not stop the lingering power of privilege and rape culture in America.

In March, Turner was convicted of three felony sex abuse charges, and was recently sentenced to six months of jail time, (for which he could only serve three months) and three years of probation. He also has to register as a sex offender. He could have faced up to 14 years in prison, the prosecution team asked Judge Aaron Persky for a six-year sentence. But Judge Persky feared that a prison sentence would have "a severe impact" on Turner and asserted that he "will not be a danger to others."

Turner, though, is a criminal; he is a rapist. And rape is an unspeakable, damaging, disgusting, reprehensible crime. Anyone who commits rape deserves to face serious prison time, but Turner's perceived "non-dangerous" status says a lot about how privilege works.

As the Daily News contrasted, rape convictions don't always end with such leniency as Turner's case had – especially if you're a black man. Former Long Beach high school football star Brian Banks, was accused of rape when he was 16 years old, and was tried as an adult and sentenced to six years in prison. He was innocent, but served five years in prison for a crime he didn't commit, until his accuser confessed her story was not true.

Banks' story certainly doesn't stand alone. Because even in cases when black men do commit the crimes, America's history and statistics show wide disparities in conviction and incarceration rates among black and white men. According to a 2013 Pew Research Center study, black men were six times as likely than white men, to be incarcerated in federal, state, and local jails in 2010.

And as many civil rights advocates like, Michelle Alexander, author of The New Jim Crow have worked to uncover, systemic racist practices have historically permeated the criminal justice system. The "war on drugs," and continued drug-related arrests and convictions serve as a key example of how it's done.

An ACLU research report chronicling marijuana-related arrests from 2001 to 2010, showed that a black person was 3.73 times more likely to be arrested for possession of marijuana, than a white person, even though blacks and whites use marijuana at the same rate.

Turner, now a former student at Stanford University, attended one of the country's most elite schools, considered the most sought-after university nationwide, among prospective college students and their parents in 2014.

Regardless of what Turner's family's exact economic history may look like – he's a white male, at an elite institution, on a prestigious swimming team, (a sport with clear racial disparities in participation) who was able to afford an upscale defense attorney. That's enough socioeconomic clout to position a 20-year-old rapist as a college, non-dangerous swimmer with aspirations to go to the Olympics.

Default whiteness projects the internalized idea that "whiteness" is what everything and everyone else is measured against. It allows the "othering" of people of color, considering them to be intrinsically different from the "norm" – or white. It's how internalized racism perpetuates biases against people of color, and how images can further those biases – hence the authorities refusing to release Turner's mugshot until Monday.

Rape culture and misogyny were perpetuated through Turner's dad's completely offensive letter, referring to his son's assault as "20 minutes of action." It was shown in the attacks and interrogation into the victim's personal romantic relationships, and the victim-blaming and dangerous views about what "consent" really means. In a society where rape cases are hardly ever prosecuted, and statutes of limitations limit rape survivors on when they can come forward, Turner was able to walk away with a lenient sentence for a crime that will forever affect his victim.