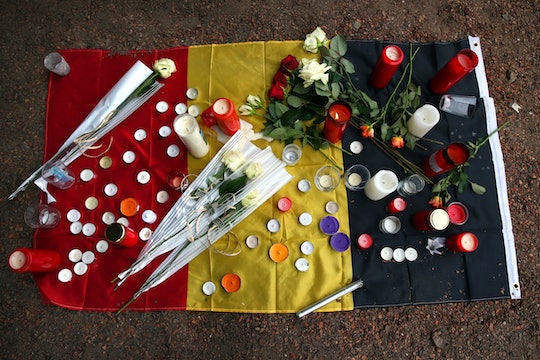 Authorities are coordinating a massive investigation into the terrorist attacks that struck Brussels, killing at least 31 people and leaving more than 300 injured on Tuesday. So far, updates on day three after the Brussels attacks include important revelations about the nature and scope of the assaults. According to BBC News, over the last two days, investigators have confirmed information about the number of civilians killed or injured in the assaults, the suspects allegedly responsible for coordinating the blasts, and the connection between the attacks in Brussels and the November attacks Paris.

Early Tuesday morning, triple blasts hit the center of the city, bringing Belgium’s capital to a halt: two explosions rocked the main terminal of the Zavantem international airport, in the northeast corridor of the city, and a third tore through the Maelbeek metro station just outside several high-level European Union buildings, BBC News reported. In the immediate aftermath of the bombings, Belgian authorities identified at least five men suspected of having carried out the attacks and linked the Brussels suspects to Salah Abdeslam, the man believed to be behind the Nov. 13 terror attacks in Paris that killed more than 130 people. According to CNN, authorities are racing to put together clues in Brussels to stop possible future attacks in Europe.

Here are some of the details that have emerged in the two days since the devastating attacks took place.

BBC News reported that, as of Thursday, at least 31 people were killed in the three blasts and more than 300 were believed to be injured. According to that report, the Belgian health minister confirmed that the twin explosions at the airport killed 11 people and injured 81, while the metro bombings killed at least 20 people. Authorities believed more than 300 people had been injured on Tuesday between the two locations, BBC News reported, including 61 people hospitalized with critical injuries.

The attacks took place in what could be considered a hub of international government, as Brussels is home to several key institutions in the EU as well as NATO headquarters. The Brussels victims represented some 40 nationalities, multiplying the usual language and cultural barriers that investigators might have in locating and communicating with their families, the New York Times reported.

Authorities uncovered solid evidence that a Brussels attacker made a bomb used in Paris last November, the Washington Post reported. According to that report, officials connected DNA evidence left at the airport to ISIS bombmaker Najim Laachraoui, who is believed to have been responsible for making the explosives used in the Nov. 13 Paris attacks. In a separate story, the Post reported that Belgian police found evidence of a highly unstable, peroxide-based explosive nicknamed “The Mother of Satan” at the apartment of one of the suspects. According to authorities, the men loaded suitcases and vests with nails, screws, and chemical explosives for use at the two sites.

ISIS Has Claimed Responsibility For The Attacks, & Authorities Have Identified Five Primary Suspects

The terror group ISIS quickly claimed responsibility for the Brussels attacks on Thursday, confirming suspicions reported by Belgian authorities within hours of the explosions at Maelbeek metro station and Zaventem airport. By Thursday morning, authorities believed that a total of five men carried out the Brussels attacks, CNN reported:

A manhunt is underway for the two unidentified men, CNN reported.

Alarming Connections Have Emerged Between The Attacks in Paris & Brussels

In addition to the connection between the bomb materials used in Paris and Brussels, authorities are scrambling to unravel other possible links between the Brussels and Paris attacks. CNN reported that Khalid and Ibrahim El Bakraoui reportedly paid for the apartment Abdeslam hid in while on the run from authorities. Belgian officials told CNN that Abdeslam may have been planning new attacks in Europe before he was captured by police last week. The Brussels suicide bombers may have feared that authorities were closing in on them and therefore sped up their plans to attack, according to that report.

The updates released so far paint a grim picture of a massive and intricate network of terrorist activity, authorities told CNN. For that reason, time is of the essence in the investigation, according to CNN intelligence and security analyst Bob Baer. “They're finding so many bombs in the more apartments that they take down,” he said. “I think they're shocked by the amount of armament and the number of followers and how big the network was connected to Paris and now Brussels.”

As the nation enters its second day of mourning, the international community continues to rally around Belgium — and the possibility of future violence adds urgency to the anti-terror investigation.