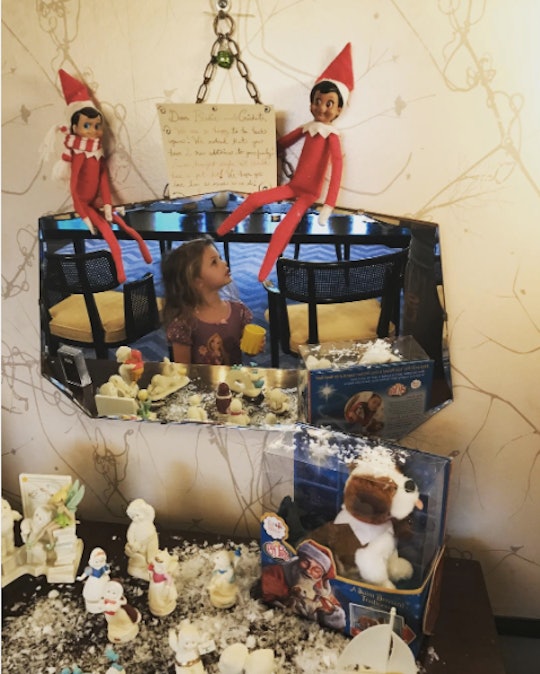 For many parents, December is a time to create a winter wonderland of magic for their children. And for some of the more fearless and creative, that means getting the Elf on the Shelf involved in the holiday decor. If you fall into that category but are struggling to find some inspiration (I mean, come on, 25 days of elf scenes is a lot) look no further that Busy Philipps' 2016 Elf on the Shelf creations.

Any fan of the Freaks and Geeks and Cougar Town alumna knows that her creativity knows no limits. From Philipps' Elf on the Shelf scenes of years past to the custom birthday cake creations she makes for her daughters, the actress continually one ups herself in the arts and crafts department. And Elf on the Shelf is where she truly shines.

Philipps Elf on the Shelf creations date back to 2013 when her oldest daughter Birdie was 5 years old and her youngest daughter Cricket was still a baby. Clearly her children were obsessed with the tradition, because every December, Philipps builds bigger and better scenes.

And the best part about her Elf on the Shelf scenes is that anyone can create them. Though her celeb status could probably allow for some diamond-covered elves, Philipps keeps it simple and sweet.

If you're running low on ideas, read on to see Phillips' 2016 Elf on the Shelf creations and learn how to recreate the yourself.

More Like This
No One Is Angrier About The Taylor Swift Ticket Disaster Than Moms
Rules, Printables & Tips For Making Elf On The Shelf Magic
15 Elf On The Shelf Printable Letters From Santa
All The Nights The Grinch Airs On TV In 2022