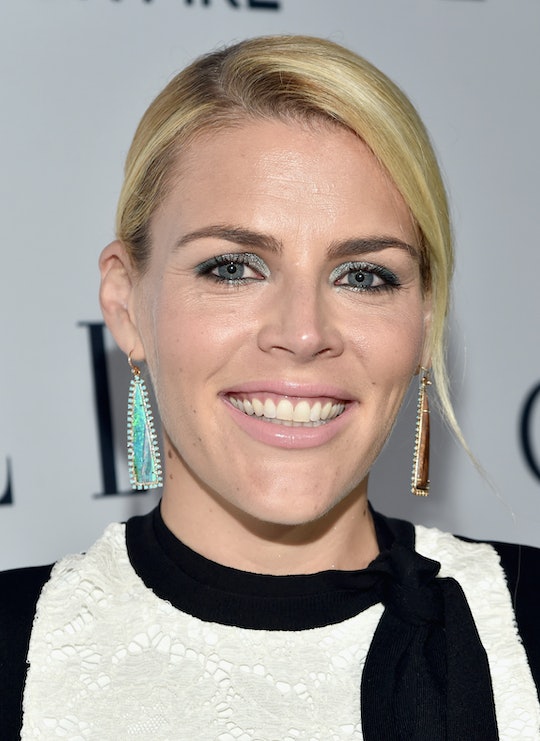 Objectifying women begins at a very young age and today Busy Philipps has had enough. In an adorable Instagram photo this week, Philipps said that raising girls isn't all that different from raising boys and it's about time that everyone started to change their perspectives. Posting a picture of her two daughters, Birdie Leigh, 7, and Cricket Pearl, 3 eating some ice cream with their friends (apart from the feminist message, please note that one of them does not have matching shoes, which is too cute to handle), just doing what kids do and hanging out, Philipps captioned the image with a powerful message about what it's like to raise girls. More importantly, she pointed out why it's not anyone's place to make condescending comments about them.

"I get so annoyed when people see I've got girls and they say 'good luck in 5 years.' Yeah, dude, I get it," she wrote, which was probably a better response than flinging mint chocolate chip at whatever busybody said that to her in line.

She continued, "I just feel like if we stop rolling our eyes and saying 'good LUCK' like it's a chore to raise a young woman and start saying 'you are so LUCKY! to raise 2 girls' , the script will get flipped in terms of how we see them and how they see themselves. But Lord, what do I know?"

Um, obviously everything, Busy. Will you be my mom?

I love this idea. Usually I get angry at the "you're gonna have your hands full comments" about little girls because it sometimes seems to suggest that as soon as girls hit puberty, they stop being a tiny human and start being a sexual object. Which is sort of built into what Philipps is saying. But Philipps' message is bigger than that.

So then, a pre-teen girl somehow has to choose to be a "bad girl," or a "good girl," one of the most obnoxious pop culture tropes. And dangerous. If a teen girl wants to make out with a boy, but also wants to be a "good girl, she might not be brave enough to ask for information about the birds and the bees. Being told you're "trouble" all the time, could lead to young girl playing into that role with unhealthy or dangerous habits and possibly not growing out of it. That's a big risk.

It's a tiny tweak that's easy to make. Let's stop pretending that women are "hard to tame." Why is anyone trying to keep them on a leash anyway?