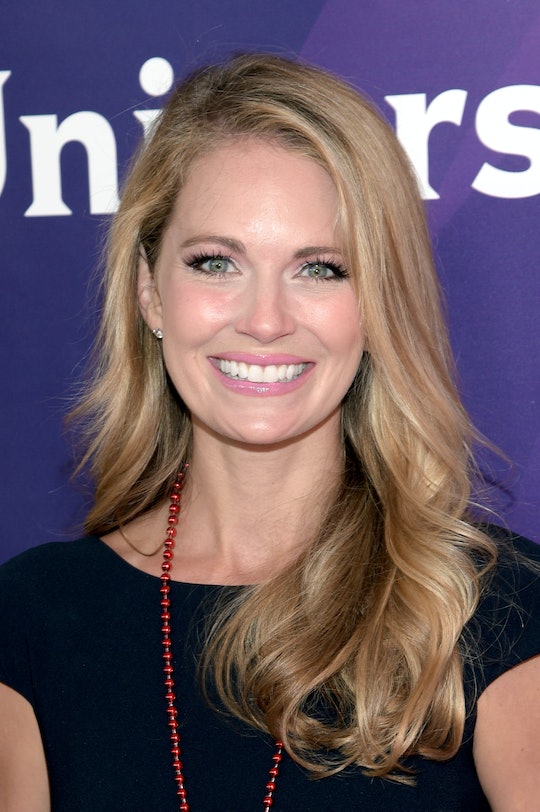 Life looks pretty good for Cameran Eubanks. She stars in her own Bravo series, Southern Charm, is happily married to a doctor, and is the mother of a sweet baby girl. But just like the rest of us, she has her problems. And she's more than happy to share them with anyone who wants to listen, which is honestly just so emotionally healthy. Especially when it comes to struggling with motherhood. During a recent interview with Us Weekly, Eubanks said she once questioned her decision to have kids. And I can't imagine any parent out there who wouldn't understand exactly where she was coming from.

Eubanks and her anesthesiologist husband, Jason Wimberly, welcomed their daughter Palmer Corrine in November. And Eubanks dealt with becoming a first-time mom with her trademark sense of humor in tact right out of the gate. Her first Instagram post after announcing Palmer's birth was an exhausted picture of herself with the caption, "First week as a new mom is going incredibly well. I'm getting great sleep and feel and look better than ever. Zero pain in my crotch whatsoever."

She has continued to sprinkle her own dose of raw reality throughout her Instagram pics of her sweet baby, whether it's holding up a T-shirt covered in breast milk stains or a giddy shot of herself going out in a date night for "3 hours of freedom."

Eubanks explained to Us Weekly that she simply was not subscribing to the faux perfection so many parents share on social media:

You see all the Instagram and mommy blogs and everything’s so pretty and everyone’s well-rested. No. That’s not the truth. You are tired, you are emotional, you are hormonal. It’s pretty tough. I cried a lot.

Not only did she cry, she admitted that she had a real emotional break down one night when Palmer refused to go to sleep, according to Us Weekly.

I cried to Jason, I said, "Why did we do this? We had such a great life and we used to sleep!" He was like, "Cameran, you’re going to be fine. Take some deep breaths."

I have to say, I'm grateful to Eubanks for breaking a pretty old parenting taboo. Parents can say they're tired, say they're overworked, say they're emotional or weepy... but can they come out and admit that they sometimes question their decision to become parents in the first place? While it's become increasingly more acceptable in the last few years, it hasn't always been an easy thing to admit. Or even to think sometimes; as a mom myself, I'll admit that I had a few moments of regret, and then almost instantly regretted my feelings of regret. And on and on it goes.

So it's great to see someone like Cameran Eubanks admitting that she doesn't find parenting to be a perfect paradise. Because maybe someone out there is reading what she has to say and feeling a slight easing of the knot in their chest. They're not alone — it's OK to feel this way.

Since becoming a mom six months ago, Eubanks says things are getting easier. She recently told Page Six, "I would say in the last month, I have finally gotten the hang of it, I have a routine."

But that doesn't mean she's forgotten how tough it was in the beginning, as she said in the Page Six same interview:

A lot of new moms don’t talk about how hard it is because they don’t want to be stigmatized, but it’s really hard, especially having your first baby. At least it was for me, it was a huge adjustment.

So here's the thing; maybe we can all just get together as moms and admit that sometimes being a parent sucks. The learning curve is huge, and the loss of freedom is depressing. Maybe if everyone talks about it, like Cameran Eubanks, we can all just get over the guilt and move forward. Because it does get easier — I promise.