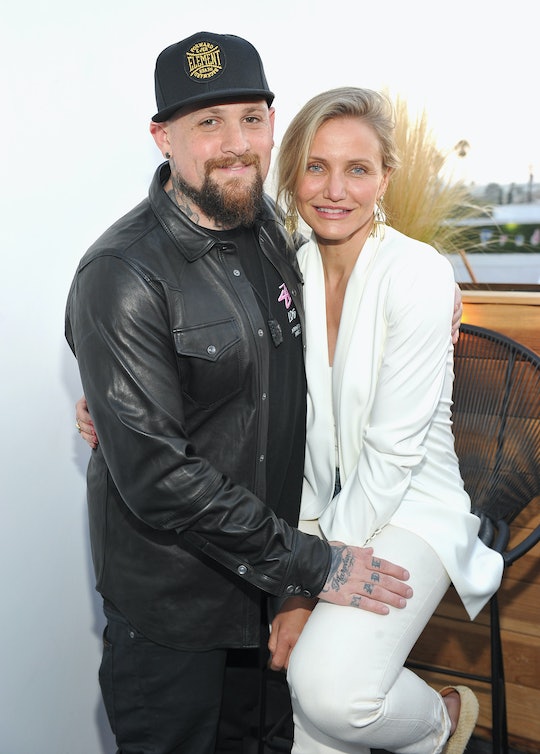 This may be hard to believe, but it's been seven whole months since Cameron Diaz announced that she welcomed a baby daughter with her husband Benji Madden. Since then, the 47-year-old actress hasn't talked about her life as a mom a whole bunch, but this week Diaz gushed about her daughter Raddix in an interview with The Tonight Show host Jimmy Fallon and it sounds like her little girl is just a bundle of joy.

During a virtual appearance on The Tonight Show Starring Jimmy Fallon on Wednesday, Diaz told Fallon that motherhood and watching her daughter grow up has "been heaven" for her. "It's been heaven, Jimmy," Diaz said. "Literally every single day, there's just leaps and bounds and these things that happen that — she's not the same baby she was yesterday."

"Yesterday is literally gone and today is a new day and tomorrow will be a new day that she's a completely different baby," Diaz added in the same interview. "But it's so gratifying to get to see that growth and be a part of it and to let her be her. It's just amazing. It's the best thing to ever happen to Benj and I. We're just so happy."

Diaz also confirmed that her camera roll on her phone is now dedicated to photos of Raddix — instead of photos of her dogs and her dogs' poop that she'd send to her veterinarian.

While Diaz excitedly gushed about her daughter with Fallon this week, don't expect to see any photos of little Raddix. In the birth announcement posted to Instagram on Jan. 3, Diaz wrote that she and her husband "feel a strong instinct to protect our little one's privacy." "So we won't be posting pictures or sharing any more details, other than the fact that she is really, really cute!!," she wrote at the time. "Some would even say RAD!!

On Wednesday night, however, Diaz did tell Fallon that Raddix is just like your average baby; she apparently loves "Baby Shark" and cannot resist Elmo. "You go 'I will never play that music for my child. That's crazy!'" Diaz told Fallon. "But watching their response — and they're so taken by it! It's like she changes!"