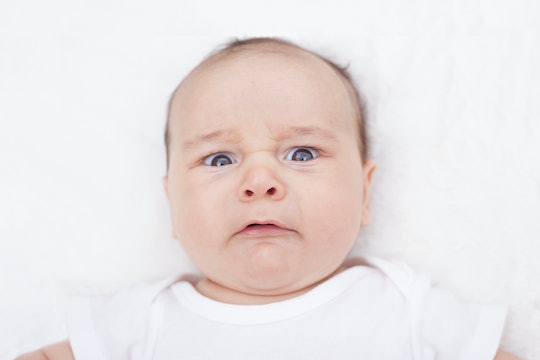 Pregnancy can make you question things you never thought about before, and this may be especially evident in your sex life. For instance, can baby feel the penis during pregnancy sex? Because getting it on can seem weird when there's (sort of) another person in your bedroom, and your partner may worry about poking the baby's eye out or something.

For starters, consider the anatomical realities of pregnancy. Your growing baby is pretty well cocooned in the safety of your womb. As noted in Parents, amniotic fluid, the muscular wall of the uterus, the cervix, and a mucus plug all keep your developing baby separated from the outside world. The penis isn't going beyond the vagina. Even a dude who's packing a battering ram can't reach through this natural barrier.

Moreover, your baby won't even really know what's going on. Sex may jiggle your baby around some, as noted in The Huffington Post, but it won't be that perceptible to your little one. As far as your baby is concerned, it won't be that different that the movement of mom walking up stairs or working out. Basically, as long as your pregnancy is progressing normally, sex is a safe activity up until you're in labor, and your baby won't have any idea about what's happening.

There are, however, some cases in which sex is discouraged during pregnancy. (It has nothing to do with your partner's endowment, though.) According to Baby Center, if you have a condition such as placenta previa, cervical insufficiency, or a potential for premature labor, then your healthcare provider may recommend abstaining from sexual activity. Basically, your doctor will likely let you know if any form of sex needs to be nixed for the time being. Oh, and once your water has broken, it's a good idea to avoid penetrative sex, because this could let in bacteria.

In most cases, though, pregnancy sex is fine and safe for all persons involved. But seriously: the only way your baby will feel the penis during sex is if something goes catastrophically wrong. On the whole, sex will mean nothing more than a little random movement to your kid in the womb.