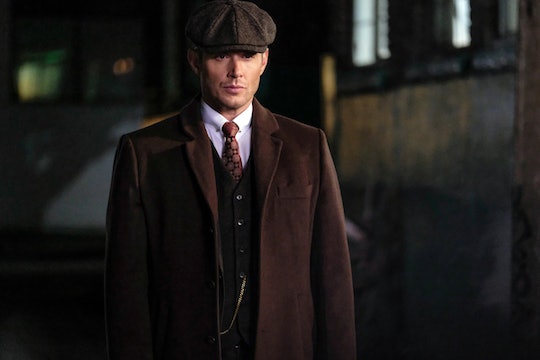 Sam Could Use The Archangel Blade To Save Dean On 'Supernatural'

Throughout the course of the 14 season run of Supernatural, Dean has died more times than fans can count. But every time he went to Hell or died in an alternate timeline, he always came back to his brother. But now he seems to be in more trouble than ever, so, can Sam use the archangel blade to save Dean on Supernatural? At the end of Season 13, Dean made a deal with Michael to use his body as a vessel to kill Lucifer once and for all, but with Dean remaining in control for the most part. However after Lucifer was defeated, Michael went back on the deal (shocker) and took over Dean’s body completely.

The archangel blade has been used more than once over the series to kill demons, so naturally, it can be used to kill Michael. But in doing so, it comes with the possibility of also killing Dean since he is the vessel that Michael is using. As Sam pointed out in the Season 14 premiere, the blade can be used to kill archangels without killing the human host, but they have to be wielded by archangels in order to properly work. This means that while the archangel blade could be used to save Dean, Sam probably can’t use it in order for it to work. And there’s always the chance that it could backfire in the hands of someone who isn't an archangel. I.e., it could potentially kill Dean if Sam tries to use it.

The only way I could see Sam using the archangel blade to save Dean is if he himself is possessed by another archangel but somehow gains enough control to use the blade to kill Michael and save Dean in the process. I mean, that’s a big "if," especially if it ends up meaning another brother possessed by an all powerful archangel. After all, that's what happened last time.

What I do know is that Dean's possession by Michale is definitely not going to be a short-lived arc like when he was a demon back in Season 9. Jensen Ackles, who plays Dean, told TVLine that "[Michael] stays around longer than the audience will assume." He added that it doesn't mean Michael will jump into another vessel, or person, but that Dean will remain as Michael for longer than you might think. That’s not entirely surprising, though, since I’m sure fans guessed that killing Michael inside of Dean isn’t going to be easy.

It’s unclear how Sam could use the archangel blade to save Dean and kill Michael later this season, but another way he might be able to save his brother is with the hyperbolic pulse generator that was used on Lucifer in the Season 12 episode "LOTUS." It’s essentially an angel bomb that can exorcise demons or archangels out of the host bodies. Dean briefly mentioned it during the Season 14 premiere, but said that the British Men of Letters couldn’t locate it. Still, there’s a chance that it could eventually be used to save Dean.

The important thing is that, whether Sam is the one who comes to the rescue or not, Dean will be back. Eventually. Ackles told TV Guide that when Dean comes back in control of his body, there could still be trouble ahead for him. "It's gonna be interesting, because this angel comes with quite a sordid past," Ackles said of Michael. "He's done some things, and he's also going to do things while wearing the Dean meat suit, so to speak. But I think the real question is: How aware is Dean while riding shotgun, essentially, to Michael? And how is that going to affect Dean once [he] gets back?"

Dean will be back eventually and hopefully without too much trauma in the aftermath of Michael’s possession. But it’s going to be an intense season up until that point.