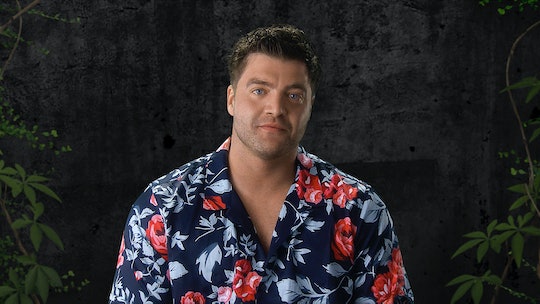 Even The Reinforcements Aren't Safe On 'The Challenge'

Although ahead of the season it was unclear what purpose they will all serve on their respective teams, the reinforcements seem to be at the same level as their teammates, even if some of those teammates are rookies this season. The biggest difference is that the four reinforcements were brought in because of their skills and history on The Challenge.

Other than that, they seem to be playing the same game with the same risks and rewards. They just weren't immediately put into teams, but were selected by each team. So while none of them have been put up for elimination just yet, it looks like The Challenge reinforcements can be eliminated at some point.

So far, there has been only one elimination round and since the UK team was on the losing side, it had to sacrifice two players for the Proving Ground to compete in the first elimination competition. Idris and Sean, who are both rookies this season, were put on the Proving Ground to fight it out at the end of the Season 34 premiere. Idris came out on top, which meant Sean's short time on The Challenge was over.

Not once during the discussion to send players to the Proving Ground were the UK team’s reinforcements mentioned. This season, the losing team each episode has to vote in one of their own players to potentially compete in the elimination competition. I highly doubt the losing team will ever put up one of the more powerful players, like the reinforcements. Because of that, I have a feeling the reinforcements will be safe for the first half of the season, if only because of what they bring to their teams.

In fact, I wouldn't be surprised if rookies become the main target for the losing team's nominations each week. It’s a lot easier to throw a rookie, who has less experience and less overall pull with other players, into the ring, rather than someone like CT or Ninja, who each have so much power on their own. It wasn't easy for the UK team to nominate one of their own when they lost the first competition in the season premiere, but from here on out, the losing team will be tasked with choosing one of their own. I just can't see either team willingly putting up a reinforcement for the foreseeable future.

To be fair, both the UK and US teams do have strong players who aren't reinforcements. Cara Maria and Paulie, for example, have killed it in multiple Challenge seasons and the US team is lucky to have them even if they aren't reinforcements. The UK team has Georgia, who proved herself last season when she made it to the finals as a rookie, and Bear, who talks a lot of smack but is still a fierce competitor.

There’s no denying there are players on each team who are just as tough as the reinforcements. They will likely still be nominated for the Proving Ground before them, though. So while the reinforcements can be put up for elimination on The Challenge, I think they will be sitting pretty for a while.