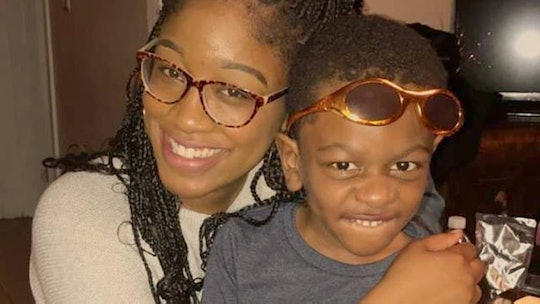 Can We All Agree That RSVPing "Yes" Is A Lie?

My name is Latifah Miles and I am a flake. There, I said it. The word flake, when it comes to showing up to social events, describes a person that RSVPs "yes" to coming to an event and then doesn’t show up. Whether you send a text explaining a watered down excuse, your child comes down with a bonafide projectile vomiting bug, or you do the dreaded no-call no-show, all of it falls under the category of being a flake. You said that you’d be some place and then, when the time actually arrives, you realize how much you don’t want to go and choose not to. To be honest, whether it is RSVPing to a kid’s party or your friend’s backyard shindig, the entire system of promising to be somewhere weeks to months in advance is absolutely absurd. For parents, RSVP'ing "yes" is a lie, and that's OK.

This past summer, I was invited to a friend’s child’s party. A month or so in advance, she said that she was going to throw a smallish gathering to celebrate her daughter’s birthday and that she would like for my son and I to be there. Before I even continue, let me just say that I absolutely loathe children’s parties and I don’t feel even kind of bad saying it. If I show up to one, it is because I either really care about the person and family throwing it or because my son really wants to go. Outside of that, I usually like to leave the kid birthday party circuit to my son’s dad.

By the time the party rolled around, I simply didn’t want to go. The party was far away, it was raining, and there was a person invited to the party that I felt incredible uneasy around due to recent catty office drama that had just started to settle.

Even though I knew I had a long standing disdain for kids parties, I still said that I would come and bring my son. Again, she invited me about a month in advance. At that time, I was down to go to appease her or maybe I did the thing that many of us do which is blurt out yes when our future selves are shrieking at such a bold commitment. By the time the party rolled around, I simply didn’t want to go. The party was far away, it was raining, and there was a person invited to the party that I felt incredible uneasy around due to recent catty office drama that had just started to settle. I didn’t want to bring my kid there and be on edge the entire time.

Of course, this isn’t something I could have predicted ahead of time. I didn’t go to the party, though I did send the text saying why I couldn’t be there. I was met with a lengthy reply that said how awful of a person I was and that, essentially, the friendship was done. To be honest, again, the friendship was less than a year old and I wasn’t terribly upset especially if it would break under the weight of me missing a single event, despite being at previous get-togethers.

After that incident, I started to think about how ridiculous it is that, as adults with entire lives to manage, we put this expectation on others to pinky promise to show up to events weeks to months in advance. If we don’t, then we are horrific, selfish people with no regard for the feelings of others. I will not pretend that, if I had a birthday party of my own or one for my son, I wouldn’t be hurt if every guest RSVP’d and none of them showed up. Obviously, you have a party for that reason.

However, any party or event that I throw, I go into it understanding that not everyone is going to be able to come for whatever reason and that is not an indication of how they feel about me or our relationship. In the situation where I bailed on my friend’s kid’s birthday party, I felt my reasoning was legitimate. I felt uneasy and didn’t want to bring my child around drama that had just simmered down. I wasn’t going to force my friend to un-invite the other guest and her kid on my behalf.

Outside of not going to an event for true reasons that can be explained away, there are times where I RSVP to something three weeks prior and then, when the time rolls around, I simply don’t want to go. I don’t feel social, I’m exhausted, the travel is too far, my kid is sick, or whatever the less-than-understandable reason is; I just don’t want to go and I don’t see anything wrong with that.

We live in a society where we are encouraged to be everywhere, always. If we don't commit to every event that comes across our calendar, there must be something drastically wrong. I don't feel like it is reason enough.

Being an adult, especially a parent, means that you have no idea how you will feel about being somewhere or doing something in a month. Even if I have a babysitter, transportation, money, and the perfect outfit available; I may just not want to go because I am tired and would rather watch Netflix and eat bonbons on my couch. I love my friends and my family and if they actually need my presence, I will make every effort to show up. I don't flake out where it counts, so if I choose to skip your 10th backyard fiesta, please be understanding.

More Like This
I’m A Mom Who Will Never Own A Home
Home Reno Culture Makes Me Feel Like I Live In A "Before" House
I’m Getting Dual Citizenship For My Jewish Children, Just In Case.
How Much Hair Loss Is Normal? 9 Signs You’re Losing Too Much Hair