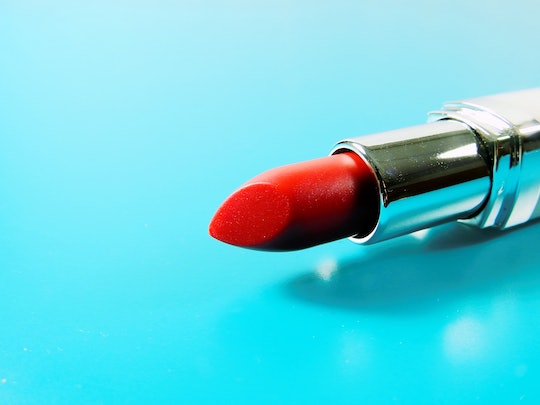 Separating Fact From Myth — Can You Really Get Herpes From Lipstick?

Every day millions of Americans head into stores like MAC, Ulta, and Sephora to try on and find new options for their makeup kits and everyday use. Shopping at these emporiums of beauty has become so common in the past 10 or so years, that few people think twice as they slather on makeup touched by possibly hundreds of hands and mouths. But are they putting themselves at risk with their devil-may-care attitude towards cosmetics? It makes sense that cosmetics would be breeding grounds for germs and bacteria, but can you get herpes from lipstick?

Recently, it was announced that a woman would be seeking damages from the makeup megastore, Sephora, alleging that she contracted the herpes simplex virus from a store sample of lipstick, reported Jezebel. The litigant is claiming that Sephora did not properly educate its consumers on the risks associated with the samples and that she subsequently became symptomatic with the herpes virus. Sephora, for their part, is taking the lawsuit seriously and issued a statement regarding their commitment to customer safety and a desire to prevent this from happening again in the future, because, according to reports, it's absolutely possible to get herpes from a sample tube of lipstick.

Imagine you're waiting for your makeup appointment; you've got a huge event looming before you — your sister's wedding, a company party, a date with McHotsauce from accounting — something huge. You go all out and pay someone to apply just the right amount of makeup to make it look like you're barely wearing any at all. You look great when it's over. You feel fantastic. What you didn't know was that just moments before your artist applied the finishing touches to your lips, someone decided to use that tube of red gloss when they had an active herpes infection on their mouth, and just a short time later, you are the new beneficiary of their virus.

You breakout in fluid-filled sores around your nose, lips, or mouth. It's painful and not pretty to look at and you're infuriated. You had no idea that this could happen. Because you've never had a cold sore before, and McHotsauce didn't even get to first base after he started talking about his strange affection for Woody Allen movies, it had to be the lipstick. But how does that happen?

I spoke with research microbiologist Dr. Ravi Ankh, PhD, of Brooklyn, New York and asked him straight out — can you get herpes from lipstick? According to him, it's an entirely plausible scenario. He tells Romper, "While it's not the normal way one would expect to contract oral herpes simplex virus type one, it's not impossible. However, it is only a small possibility. Herpes doesn't like being exposed to air, and would need just the right conditions to pass from person to person in this way." He notes that in the case against Sephora, the lipstick was likely used very shortly after the person who has the virus used it, because time between carrier and carrier needs to be minimal.

When asked if one needed to be in the middle of an active infection for it to be transmissible, Ankh tells Romper, "Not at all. While the likelihood of transmission is cut dramatically if there's not an active infection, it's never completely absent." He says the only way to avoid this is to avoid using makeup that is used on others, or make sure that you're de-potting small amounts of the lipstick onto a clean palette and using it from there without double dipping for each use. Because this is such an expensive process, few makeup stores comply with this directive, but every makeup artist I've ever used absolutely does.

Maybe bring your own lipstick or buy a new one if you're getting dolled up in store. If you hate it, Sephora has a great return policy, at least. Also, if you know you have herpes, please don't put others at risk by using samples.

More Like This
How Much Hair Loss Is Normal? 9 Signs You’re Losing Too Much Hair
The Best Halloween Family Pajamas To Match Your Boos
12 Perfect Family Halloween Costume Ideas
6 Sex Positions To Reduce Leg Pain