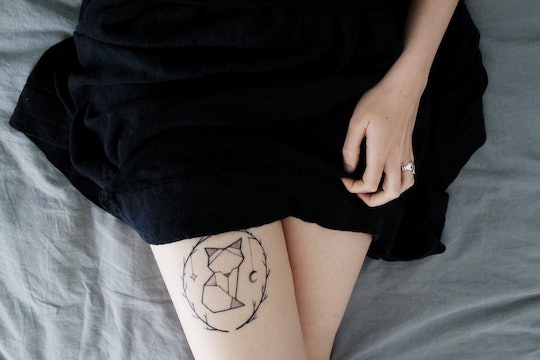 Believe It Or Not, This Type Of Sex Is More Likely To Get You Pregnant

The types of sex you can have are plentiful, and whether you're trying to get pregnant or not, you may find yourself wondering if certain types of sex help or hurt your chances. For example, "Can you get pregnant from a quickie?" is a question that may go through your mind regardless of which side of the baby fence you stand.

According to New Kids-Center, there's not really a specific answer to if you can get pregnant in relation to the brevity of sex. Instead, it's important to remember things like medical background, age, ovulation, and sperm count all influence if you get pregnant, regardless of what type of sex you're having. Assuming, however, the physical ability to get pregnant is present, it doesn't matter how long or quick sex is —  you can get pregnant from it.

As a matter of fact, Belly Belly listed a quickie or "hurry up sex" as one of the types of sex you should have if you're trying to conceive. Especially if you're ovulating and need to do it immediately, a quickie may be the most efficient way to have sex and still make the event or meeting you have in 20 minutes. Luckily, your chances are just as relevant with a quickie as they would be otherwise.

Overall, the speed of sex doesn't matter. Anytime a fertile woman and man have vaginal intercourse, there is a chance of becoming pregnant, according to Kids Health. Additionally, according to WebMD, as soon as the male ejaculates into a woman's vagina, sperm begin swimming toward the egg. The two generally connect in the fallopian tube, which links the ovary to the uterus. If fertilization is successful, the egg will travel into the uterus where a baby begins to grow. This scenario plays out the same whenever a man ejaculates into your vagina after unprotected sex – whether that's after one minute of having sex or an hour.

So if you're hoping to conceive, you don't have to feel like a quickie is any less hopeful than a long, drawn out sexcapade. It may be of interest, however, to try having an orgasm during intercourse, considering some experts actually think you're more likely to get pregnant if you orgasm. Although an orgasm is by no means necessary to conceive, it may be the best reason you choose not to go with a quickie.