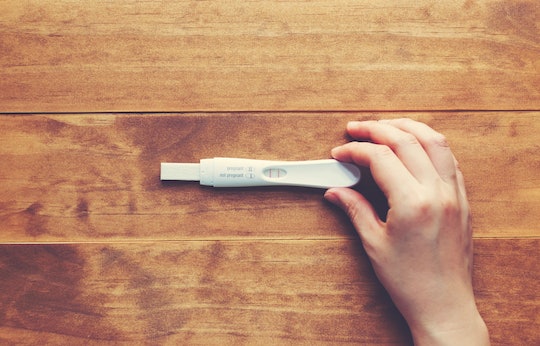 Can You Get Pregnant Without Orgasms? What To Know About Your Chances Of Conceiving

During the process of trying to conceive, a million questions fly through your mind. From your diet, to your daily habits, and everything in between, no stone is left unturned when looking for ways to improve your chances of becoming pregnant. This includes your sexual habits. How often you have sex, what kind of sex you're having, and whether or not you're experiencing orgasms during sex are all common questions in the world of fertility. Though you may have heard one thing or another, the question still remains, can you get pregnant without orgasms?

The answer is yes.

According to psychologist Sheenie Ambardar on Web MD, orgasms bring relaxation, alleviating stress in a woman, which can be a serious roadblock when it comes to getting pregnant. But the fact remains, you are absolutely capable of becoming pregnant without experiencing an orgasm. Though scientists have spent a long time going over theories as to why the female orgasm exists, it's not necessary for conception in the way that the male orgasm is believed to be.

Orgasms can certainly make you more relaxed, and make sex a more enjoyable experience for you, but at the end of the day, it's simply not necessary for you to conceive. In fact, according to Men's Health, it's technically not necessary for a man to orgasm in order to get you pregnant either. Most men release a pre-ejaculate during foreplay and sex, which serves the purpose to help lubricate intercourse. Men's Health reported that a study published in the Human Fertility journal found that 41 percent of men produced pre-ejaculate that contained sperm. And remember, it only takes one successful sperm to conceive. Though the chances of getting pregnant without your partner experiencing an orgasm may be slim, it's still possible.

So the next time you're having sex while hoping to conceive, simply try to enjoy yourself. Running numbers and statistics through your head during intercourse will only serve to stress you out, and according to Margareta D. Pisarska, MD, co-director of Center for Reproductive Medicine at Cedars Sinai Medical Center in Los Angeles, it's becoming more and more important to pay attention to your levels of stress while trying to conceive. Lay back, relax, and enjoy being intimate with your partner. If you don't orgasm, don't worry. You can still get pregnant.