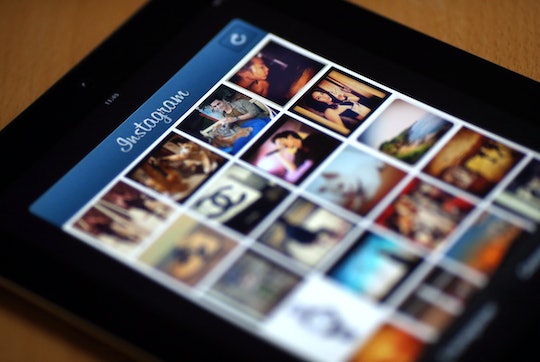 Can You Keep Your Chronological Feed On Instagram? Users Aren't Loving The Algorithm

In March, Instagram announced that it would follow in the footsteps of its parent company, Facebook, and change users feeds from a reverse chronological stream to an algorithm-based feed of the photos that users would find most appealing. Predictably, people began freaking out, and now that some users are seeing the new feed, others are wondering how to keep their Instagram feed chronological.

It's a great idea, in theory. If a user is following, say, 10 celebs and 50 friends who all post sporadically, along with one friend who 'grams his dog five times a day and another who still doesn't get that nobody's interested in her daily gym selfies, their feed will end up showing little more than chew toys and barbells. The algorithm is meant to even the score. It's also helpful for those in different time zones than their Instagram friends; nobody in New York is checking their feed first thing in the morning to see what their buddy in Tokyo is having for dinner. Kevin Systrom, co-founder and chief executive of Instagram, told The New York Times that users miss, on average, 70 percent of the posts in their feed, and Instagram is just trying to make the 30 percent that they do see "the best 30 percent possible."

Detractors complain that small businesses will suffer under the new algorithm, as more popular accounts drown out their voices on social media. It's a fair point, but at the same time, it would be nice to be able to post a photo and have it collect likes and comments on its own merit, rather than by the sheer luck of being posted while the majority of users happened to be standing in line at the bank or ignoring their kids at the playground. Unfortunately, it looks like it's not up to the users, and Instagram's being rather tight-lipped about the whole thing.

In early April, Instagram rolled out the new feed to users in New Zealand, Finland, Ireland, the Netherlands, Singapore and Venezuela without warning, according to The Sydney Morning Herald. Users were enraged that their feeds had changed without warning; one even called it bullying (I hope, for this woman's sake, that she never learns the true meaning of that word). A month later, some U.S. users noticed a new feed, while most are still seeing chronological posts. Bustle confirmed that Instagram is beta-testing the new algorithm on a small number of users. On Wednesday, Instagram introduced a new logo and a slight redesign to the app itself but has remained silent on the feed update. It's still unclear when all users will lose their chronological feeds, but it looks like once they do, it's gone for good.